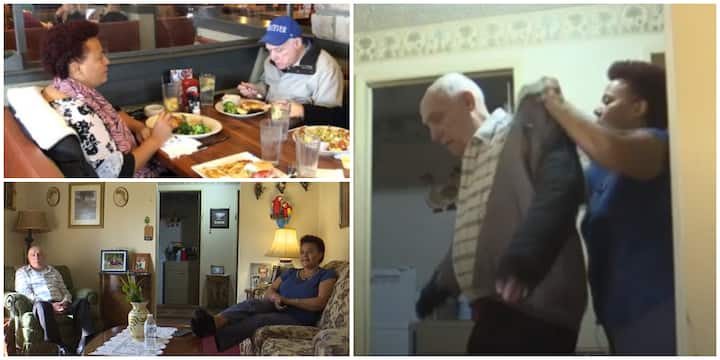 According to the National Desk, Jenni immigrated to the United States from Ethiopia 20 years ago while working as a commercial ride operator.

The 88-year-old Paul Webb has been living alone in his Ohio, US house since the death of his wife, according to Local12.

To make matters worse, the elderly man has dementia.

“(He) worked at Battelle for 65 years. He was steady. He was the rock of the family. And that rock began to crumble,” his son named Keith explained.

Jenni, who is currently pursuing a PhD degree, recounted how she first met Paul, saying that Paul had contacted her one day to ask for a ride.

When Paul’s voice arrived on the other end of the phone, she knew she was going to be Paul’s caretaker, she claims.

Because it was something Jenni couldn’t do for her father, Jenni enjoys her decision.

She added that it was also to help him change his last days on earth.

“A lot of people with a lot of wisdom, they are dying at home alone so the rewarding part is changing his life. Changing his last days. He’s 88. You don’t deserve to be alone,”
It is not clear if she would be paid for the services as no specifics were made in that regard but Jenni’s gesture has been described by Paul’s children Keith and Melanie as mind-blowing

Lady Shares Interesting Story of How Davido Bought Car for Random Cabman Who Picked Him Up, Singer Confirms It

In a series of images, a pretty military girl shows us how she appears both at work and at home.