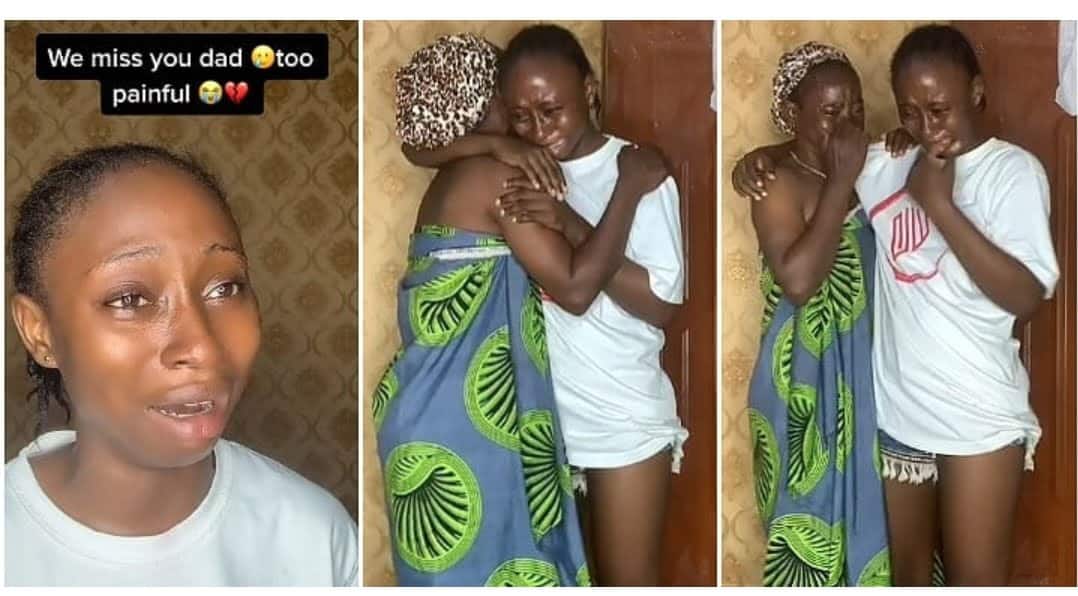 An emotional video spotted on TikTok has captured the sad moment a mother and her daughter hugged each other and cried bitterly.

The daughter was making a video where she talked to her late father and asked him why he had to leave.

As though he was present with her, the lady asked him whom he left her younger siblings for and what she’s going to do when others start talking about their dads.

Mother and daughter break down in tears

While making the video, her mother stood at the door watching her and also tearing up.

After a while, she entered the room and hugged her daughter.

They both wept uncontrollably while trying to console each other. Sharing the video on TikTok, the sad daughter,

Qwinberry, said: “I was making this video not knowing my mom was listening from my door and she was crying. Then she entered and we burst into tears.”

The video has gotten people so emotional on TikTok as some share their heartbreaking experiences after losing a parent.

@nazymirabel1 said: “Only the fatherless will understand I feel ur pains.”

@favour_doll noted: “May our dads soul Rest In Peace I didn’t get the chance to say bye .”

God is Enjoying’: Nigerian Student Says as He Flaunts His Pretty Sister who is a Catholic Nun in Cute Videos