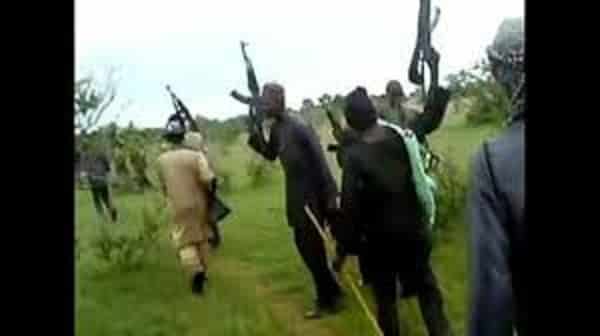 It was gathered that the soldiers were ambushed at the Bwari Area Council of the Federal Capital Territory while patrolling the area.

This came barely 24 hours after the bandits responsible for the abduction of the Abuja-Kaduna train passengers, threatened to kidnap President Buhari and other top government officials.

A military source told journalists that the ambush was forcefully repelled by the Brigade of Guards troops, noting that three soldiers sustained injuries.

“The troops of the elite Guards Brigade were ambushed along Bwari-Kubwa road. But the ambush was forcefully repelled by the Brigade of Guards troops,” Punch quoted the military source as saying.

“The troops were on routine patrol of the area when they were attacked. However, three soldiers were wounded in the attack and they are already being treated at a military hospital in Abuja.

“The attack happening within the area of Bwari showed that the terrorists are actually within the location and possibly to carry out their plans of attacking the law school in Bwari among other targets in the area.”

When contacted by journalists, the Assistant Director, Army Public Relations, Guards Brigade Abuja, Captain Godfrey Abakpa, confirmed the attack.He said the soldier were attacked during a patrol in the area.

Wothappen reported that bandits earlier this month attacked the advance security team of President Buhari during the Sallah period in his home state of Katsina. Three persons were injured in the attack.