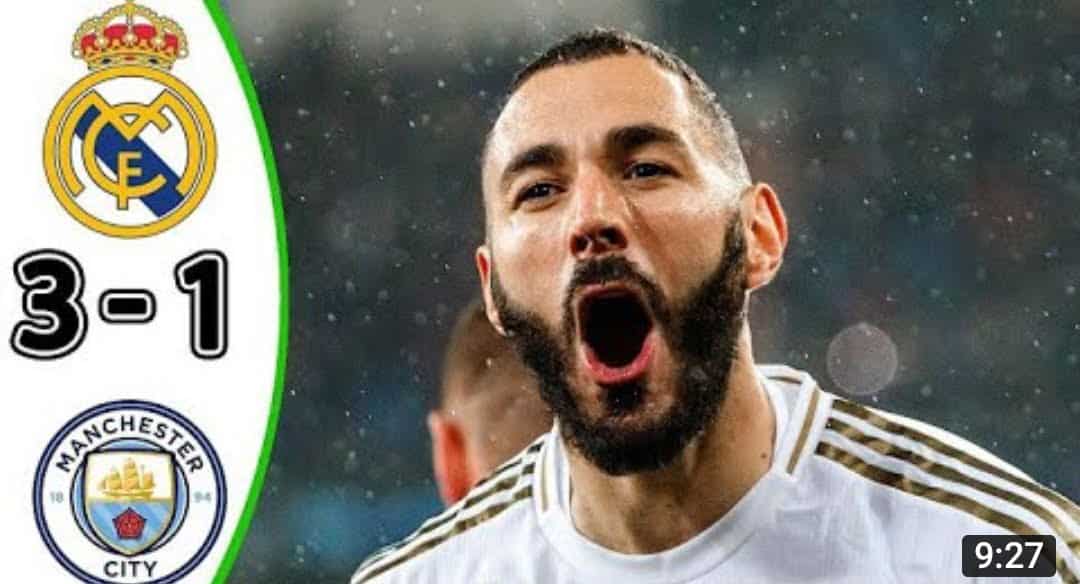 After an absolute thriller at the Etihad last week, Real Madrid and Manchester City do it all again tonight at the Bernabeu in the Champions League.

It’s goalless at the break in Spain, after a tight 45 minutes. Bernardo Silva went closest to opening the scoring as he was denied by Thibaut Courtois.

It’s the second leg of the semi-final tie, with the sides playing for the right to face Liverpool in Paris at the end of the month.

City were on top for large periods of the first leg, taking a two-goal lead on three occasions, but Real did enough to stay in it and Karim Benzema’s panenka saw the match finish 4-3 to Pep Guardiola’s side.

It’s a match-up between the two sides with completely contrasting European history – Real Madrid are the most successful club in the competition’s history, while City are still searching for their first Champions League success.

With James Robson in Madrid and kick-off at 8pm BST, follow all the action with Standard Sport’s LIVE blog below…

Absolutely immense. Is it a surprise that all of Real’s goals came after he left the pitch? What a performance – matching Vinicius stride for stride, with a fair amount of gamesmanship as well.

For 90 minutes he did a much better job of shepherding Benzema than in the first leg. Capitulated late on and his rash challenge saw him bring down Benzema for an extra time penalty.

In the right place at the right time on a number of occasions and then melted in the heat of Real’s fightback.

Ancelotti does it again

He’s the first manager in history to win the title in Europe’s top five divisions, and there’s another record to add to Carlo Ancelotti’s collection now.

This will be his fifth Champions League final appearance as a manager, more than anyone else.

Three wins and one defeat to his name so far.