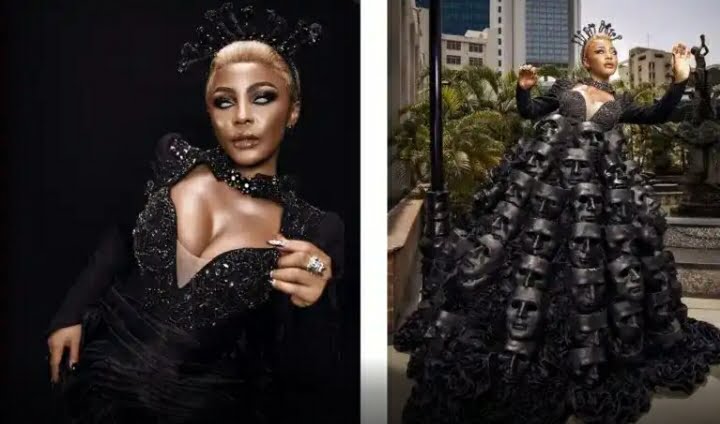 Big brother Naija Ex Housemate Iheme Faith Uloma better known as Ifu Ennada is all set for the show and has just stepped out in a black skull filled dress styled by Toyin Lawani of Tiannahplacempire.

The dress has already stirring several reactions on online as some say she is really ready to break the internet. For actress Paschaline Alex it is such a mad dress.

Being the 8th edition of the award show, nothing short of glamour, surprises and tears of joy are expected to be the highlight of the event that celebrates the best of the best in the African film sector. It show will be aired live on all Africa Magic channels on DStv and GOtv from 4pm(WAT).

The show will also feature the return of the Best Dressed Male and Female categories in recognition of the best-dressed guests on the red carpet and will be voted for on the night of the event.