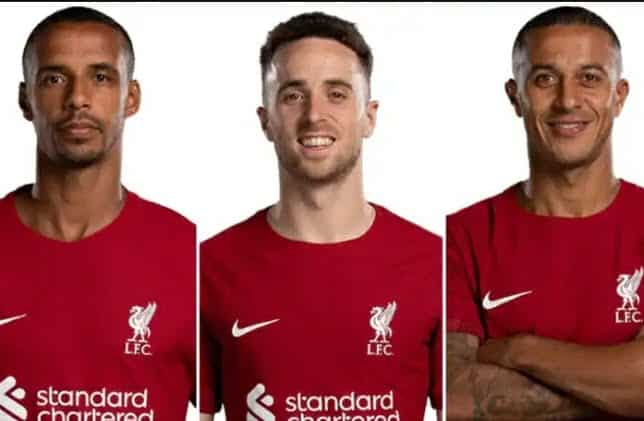 WOTHAPPEN Reports That Liverpool are still waiting for several first-team players to return to action and help the club’s season.

The Reds’ injury woes are far from over. After witnessing a slew of first-team stars fail at the start of the season, Jurgen Klopp must have hoped the worst was behind him as summer gave way to autumn.

There was no such luck. The Reds have lost Luis Diaz, Diogo Jota, and Joel Matip in recent weeks, and Naby Keita has yet to return to action after three months out.

What is the latest on Liverpool’s missing men?

Keita hasn’t been seen since he was an unused substitute in the draw with Crystal Palace in August, when he suffered a hamstring injury in training on the eve of Manchester United’s defeat.

He did, however, return to training at Kirkby last week and will now look to improve his fitness in the coming weeks. Klopp stated that he is “a week or two” behind Alex Oxlade-Chamberlain, who returned to action as a substitute against Nottingham Forest last weekend.

He’s back in training, but unlikely to feature until November.

OTHER NEWS:  Who is Rose Hanbury and where is she now? Royal connections explored

Konate played away against Rangers but has not played since.

Klopp and Keita both stated that he should return to full training on Monday so that the layoff is not extended.

Jota has had a difficult season due to injuries. After missing two months due to a hamstring injury, the Portugal international suffered a calf injury late in the game against Manchester City.

The prognosis is bleak. As a result, he will miss the World Cup and will most likely be out until late December.

The Colombian had been one of the few bright spots in a dreadful start to the season, but he tore knee ligaments in a loss to Arsenal earlier this month.

Although the injury does not necessitate surgery, Diaz will not be able to play until after the World Cup, with a recovery time of six to eight weeks.

Thiago was ruled out of Saturday’s defeat to Nottingham Forest after contracting an ear infection overnight, with Klopp confirming the decision was made at 5.15 a.m. on Saturday.

OTHER NEWS:  BBNNaija 7: Kess And Pharmsavi Just Got Evicted From BBN Shine Your Eyes Edition

It remains to be seen whether the problem will keep him out for much longer.

Matip was the third Liverpool player to be injured at the Emirates, succumbing to a calf injury in the second half.

It is his second injury of the season, and Klopp said it will be “tight until the World Cup break.” He could be in contention for two or three games before then, according to Klopp, and everything is going well.

Nunez put in perhaps his best performance in a red shirt last week against West Ham, scoring once and coming close several times, but he was taken off after 57 minutes as a precaution.

The problem is with his hamstring, but he should be ready for the Champions League match against Ajax.

Another talented teenager who is yet to appear this season due to a long-term pelvic issue that has kept him out since February.

He had hoped to be back by now, but will have to wait a little longer.