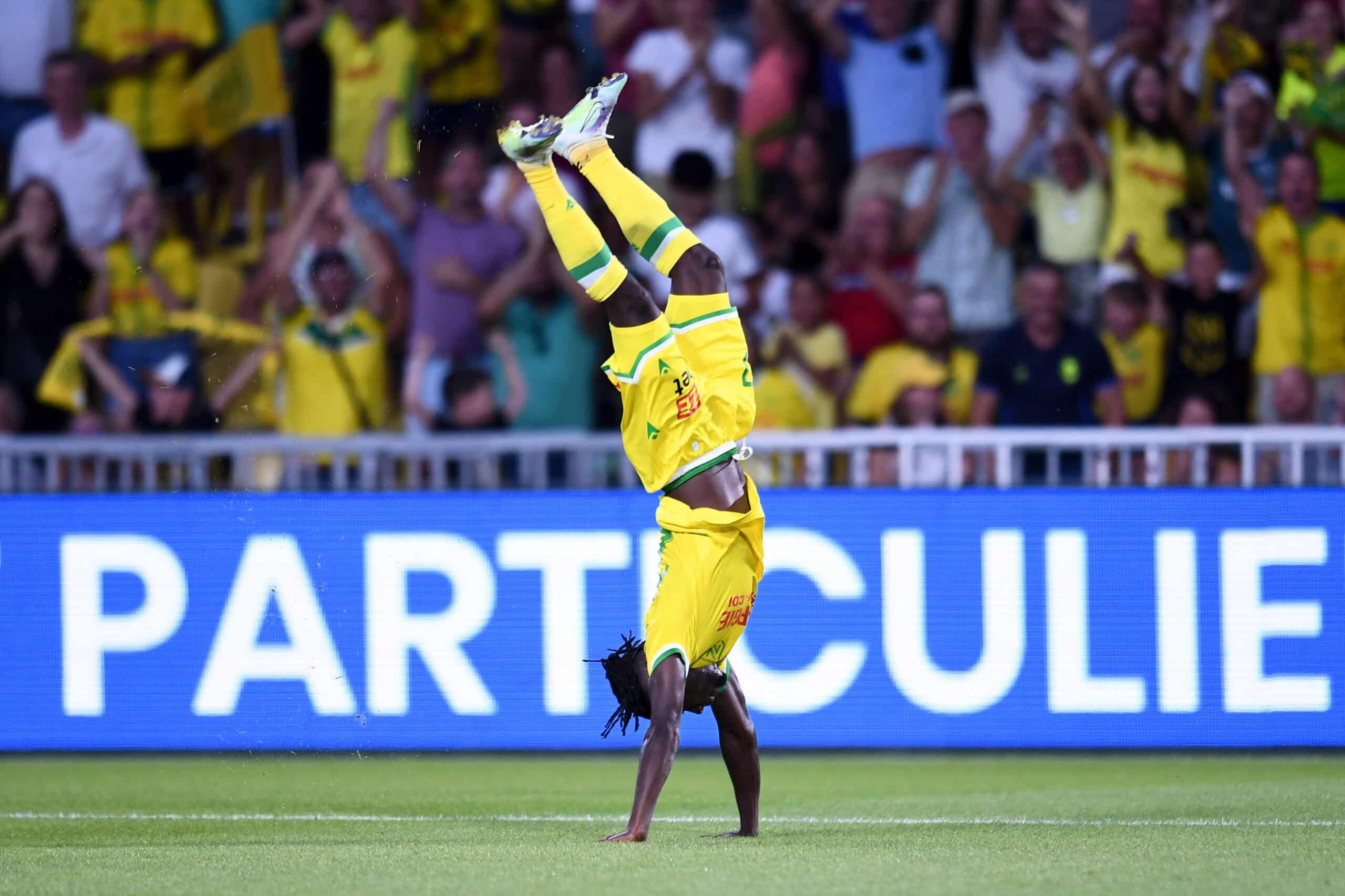 Super Eagles winger, Moses Simon was on the scoresheet as FC Nantes were held to a 1-1 draw at home by Lille OSC in Friday’s Ligue 1 fixture.

Simon opened the scoring 28 minutes into the game, handing the hosts an early lead.

The Canaries maintained the lead till the end of the first-half, denying Lille an equaliser despite many goal-scoring chances.

Debutant, Ismaily Santos finally equalised for Lille in the 76th minute after he was set up by Jonathan David.

Moses Simon was instrumental in Nantes’ French Cup win last season as the Nigerian scored the decisive penalty that took the yellow house to the finals.

He also played a very important role in their league campaign last season.

Simon was in action as Nantes fell to a tough PSG in the French Super Cup match weeks back.