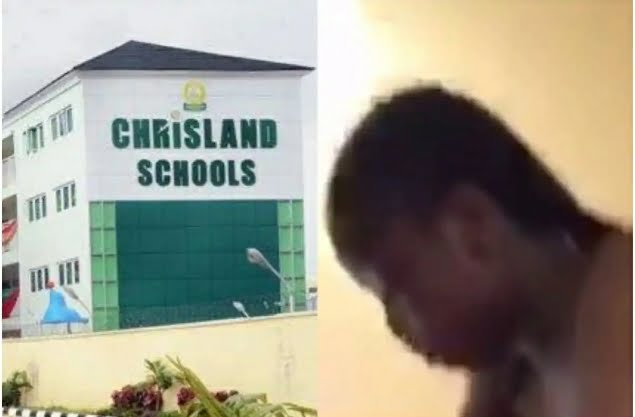 Lagos Police has taken a major decision on the viral Chrisland School video in Dubai.

Wothappen reports that the Nigeria Police Force (NPF) through the Lagos State Police Command has reacted to the alleged rape video showing students of Chrisland School in Lagos.

This online news platform understands that the chrisland school girl video shows the pupils in a s*xual act which the mother of the female student involved says was done under the influence.

The mother of the pupil in the Chrisland School video saga in a video shared by Ubi Franklin on Instagram narrates her encounter with the school, she said the school had contacted her to inform her about a kissing game involving her daughter under their care. She begged and appealed to Nigerians to intervene as the institution had been interrogating her daughter without her knowledge.

OTHER NEWS:  Chrisland School Obtains CCTV Video Of What Happened In Dubai Hotel

“They’ve been threatening my daughter, that if she speaks out they’re going to kill her, that it is a men’s world, that she should keep quiet that she shouldn’t disclose to me”, the mother said the daughter had been “dying in silence”.

“They took her to go and do a pregnancy test without me knowing”, she added.

Meanwhile, the Lagos State Government led by Governor Babajide Sanwo-Olu has shut down all branches of Chrisland schools in the Southwest state over Chrisland school viral video of a pupil of the school.

A statement on Monday by Police Public Relations Officer, Benjamin Hundeyin said investigations into the matter has commenced. The spokesman announced that the security agency is seeking to establish “the identities of the players in the video”.

Also to be identified are, “the incident in the video, the geographical location of the incident, the alleged threat to life against a student”. Others include circumstances surrounding the alleged repeated pregnancy tests conducted on a student without parental consent.

The police are taking cognizance of “the cybercrime angle” and would enlist the support of Interpol (International Police) if the need arises. The Lagos Command confirmed it would work with relevant ministries, departments, agencies and non-governmental organizations.

Meanwhile, Wothappen Nigeria reports that the Commissioner of Police, Abiodun Alabi assured that due diligence will be observed to ensure there is no miscarriage of justice.