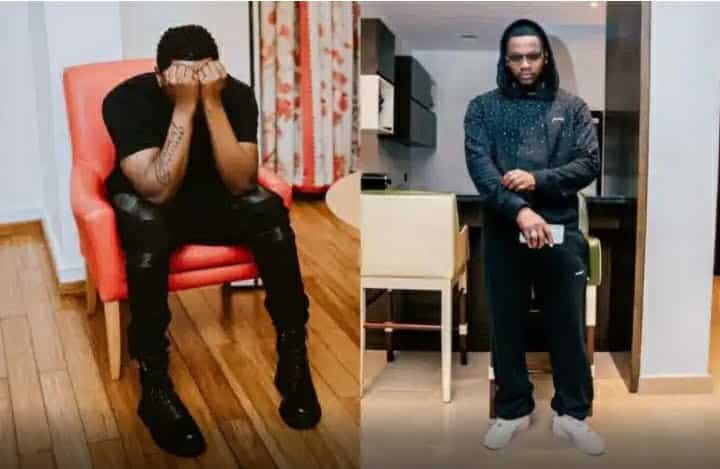 This is not the best of times for popular Nigerian singer Oluwatobiloba Daniel Anidugbe aka Kizz Daniel as he has been invited to the Police Station questioning.

According to a source who confirmed this, the ”Buga” crooner was invited for questioning for allegedly confiscating the laundry bus of a company he contracted to do laundry for him.

The singer reportedly seized the bus on grounds that the N14 million worth of clothes he gave them to clean were damaged.

The owners of the laundry bus reported the matter to men of the Ilasan police division who immediately invited him for questioning.

The singer’s lawyer contacted the police today August 5 and said that he will be available for questioning on Tuesday, August 9.

However, the laundry bus has since been recovered.

In the interview released 1st August 2021 on YouTube, Kizz Daniel spoke about his intercontinental hit single ‘Buga’, his relationship with Tiwa Savage, his style of music, creative process, his dream to sell out the O2, handling interest from female fans, becoming an actor, and being a businessman as well as other issues.

According to Kizz Daniel, he never thought the song would become an intercontinental hit when he was recording it. He revealed that he recorded Buga before playing it for Tekno who then recorded his verse.

Buga also topped the list of the most searched song on Google in the first half of 2022.

‘Buga’ was released on 3rd May 2022, and with a blistering three-month run, it was able to become the most popular song in Nigeria. The song has been the fans’ favourite; with listening and streams from all over the world, massive ratings and undoubtedly the biggest song in Nigeria.

If my husband cheats on me with a man, I’ll never forgive him’ – Blessing CEO