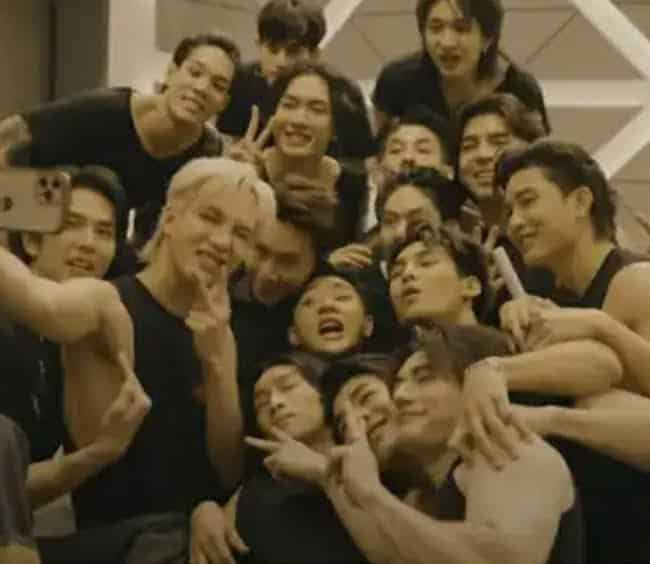 This year’s major hit BL drama and the cast is making fans swoon once again as the gang gives a glimpse of their KinnPorsche World Tour adventures with Be On Cloud Voyage.

Not too long ago, fans around the world eagerly waited and tuned in every week for their favorite series. Audiences got swept off their feet with sizzling chemistry, gripping storyline, and striking cinematography – one of the best BL offerings of 2022.

After the drama dropped its dramatic finale, the cast has continued to entertain fans with a variety of fresh content. From shows to trips, Be On Cloud Voyage presents all the world tour shenanigans with their travel vlogs.

The much-loved cast put on a spectacular show for their fans on KinnPorsche World Tour as they reenacted some of the iconic moments of the series. But what is more heartwarming is the way they made merry of their trips. The travel vlog, Be On Cloud Voyage, shows us just how lively the bunch is!

OTHER NEWS:  National Watermelon Day: Incredible facts including their place in Egyptian tombs

In episode 1, Singapore stop was packed with fun and play as the cast took a trip to Universal Studios. Take the boys to a theme park and the chaos ensues! Right from the drive to going on rides together, they let their inner child out to play. The fans have also pointed out that the cast members are very comfortable around each other, which doubled their enthusiasm and enjoyment.

On their Seoul stop in episode 2, the gang visits South Korea’s famous Namsan Park. To spice things up, they divide into two groups – Not-Cold and Oppa’s Ski Resort team. Each team is given a film camera as they go on some exciting missions around the iconic landmark.

Wondering what else went down? Sit tight because we’re going to take a look at KinnPorsche World Tour’s best memories, (plays Free Fall by Slot Machine in the background)

KinnPorsche The Series cast may be the baddie gangsters on screen, but off-screen, they are just like a bunch of friends enjoying and cherishing their time together. And it’s absolutely heartwarming to see!

Through the cast’s numerous Instagram posts, the fans got to be a part of their off-stage adventures. Here’s a look at the tour-turned-holiday’s best moments.

Ever gone on a holiday and did not take a photo or video at the airport? Not a chance!

HOW TO SEE YOUR APPLE MUSIC TOP ARTISTS ON REPLAY 2022

WHAT IS A MCDONALD’S GOLD CARD 2022? HERE IS HOW TO ENTER TO WIN ONE