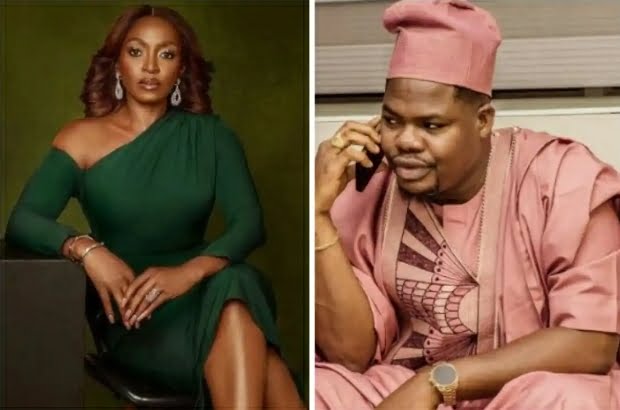 After expressing how much she loves him in a weird way, actress Kate Henshaw acted like a teen in love, telling Mr Macaroni that they should flee away.

Mr Macaroni commented on a post of Kate Henshaw shooting his shot at her, and she responded by requesting him to send her some money before they could continue, and based on how she acted in this tweet, I’m guessing the money got into her account.

After seeing the tweet of Mr Macaroni launching his shot at her, Kate Henshaw may have missed her adolescent days and things she wanted she could have done, prompting her to request that they go away together, as shown in numerous romance movies.

According to Kate Henshaw, she has an odd crush on Mr Macaroni and wants them to go away together as if they were a couple of teens whose relationship isn’t approved by their family and who want to be together no matter what.

It’s amusing to see Kate Henshaw acting like a teen in love, despite the fact that she’s over 50 years old and doesn’t appear to be. She decided to show us how much she missed us.

After a blogger failed to prove claims against her, Alex makes an unusual vow: she will never speak about sleeping with married men again.

As Nigeria’s foreign exchange reserves continue to rise, the naira strengthens on the official market