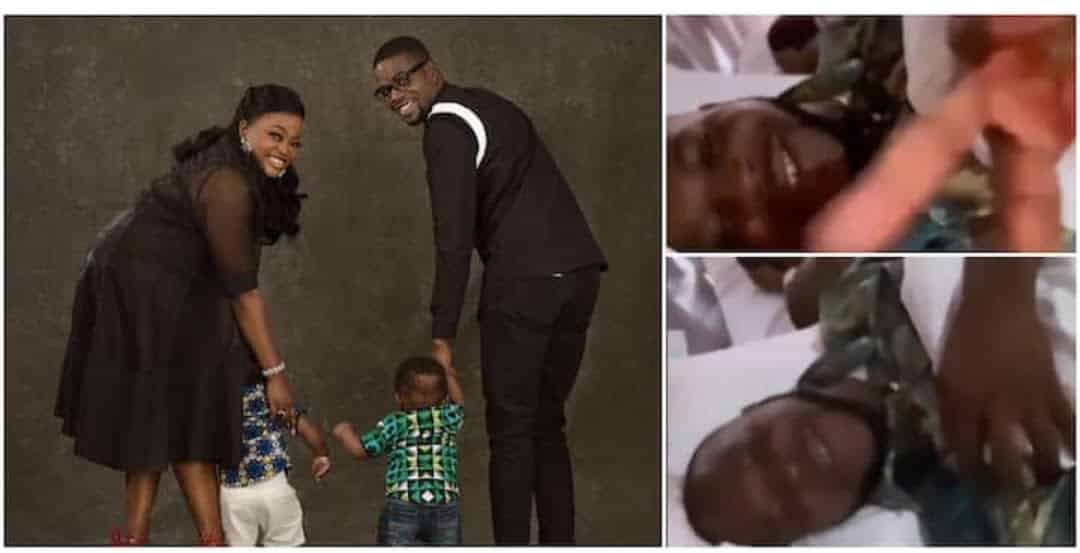 Nothing beats the feeling of being reunited with one’s children and this sums up singer JJC’s mood at the moment.

The music star recently took to his Instastory channel with an update for his fans and followers on the photo-sharing platform.

Apparently, JJC got the chance to spend time with his twin boys amid his recent separation from their mum, Funke AKindele Bello.

Recall that Wothappen.com previously reported that the Omo Ghetto filmmaker took many by surprise after announcing his split from the actress.

In a statement shared via his official Instagram page, JJC disclosed that things have been bad between them for over two years.

Marriage Is Not For Two Males – Funke Akindele Blames For The Failure Of Her Marriage.

JJC categorically stated that he and the actress need to discuss such things as their business interest and the custody of their children.

The We Are Africans hitmaker’s recent update on his Instastory suggests that he and Funke have been able to come to an agreement as it regards taking up co-parenting roles with the kids.

Check out a screenshot sighted on his Instastory page below: