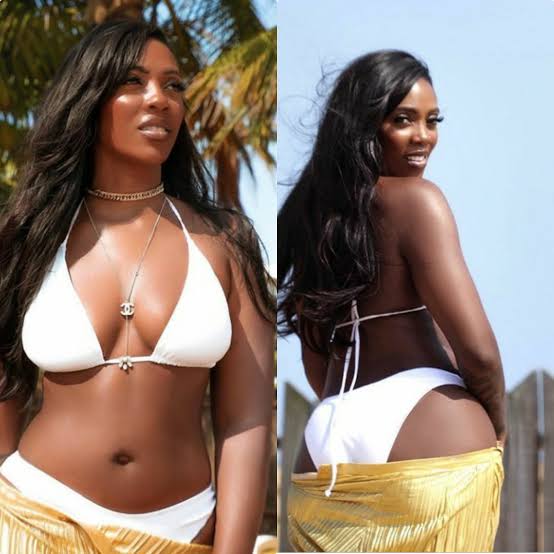 Recall that the song which was the standout track from Tiwa Savage’s 2021 EP, ‘Water and Garri’, gained more worldwide popularity after the singer’s sextape got leaked online.

Despite the lyrics of the song being secular and heartbreak-themed, Savage who was recently awarded an honorary doctorate by the University of Kent, United Kingdom, claimed it was inspired by a Christian religious figure, Jesus Christ.

The singer who made the controversial claim at a recent concert, said when she wrote the song a lot of people told her it won’t be a hit because only women would sing along to it.

” But you know what? I told them that when I wrote this song, I was not even thinking about a relationship. I was thinking about Jesus Christ. Because He is the real somebody’s son.

“So, I said to them, people will relate to it because wether you are a mon or woman, we are need somebody’s son,” Savage added.