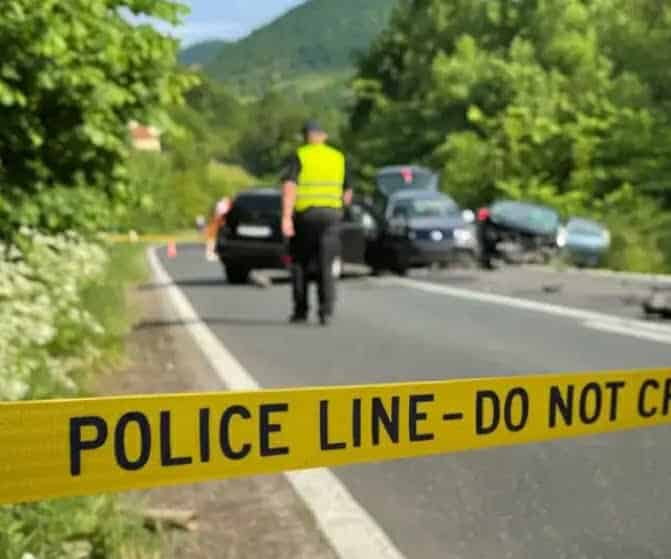 Jasmine Pace, a missing woman from Chattanooga, Tn, was last seen over a week ago. Suspicious posts from her social media accounts since then have left her family and friends confused and the case is now being treated as a homicide investigation.

On Sunday, the Chattanooga Police Department announced that the case had been transitioned from a missing person investigation into a homicide investigation based on new evidence.

Here is everything we know about the missing Jasmine Pace’s case.

The Dade County Sheriff’s Office released some details of Pace’s case on Facebook on November 28.

The missing report described Pace as a white female with brown eyes, black hair, and a tattoo on her left shoulder.

According to police, she was last seen on November 22, 2022, by her family, and had plans to leave the Chattanooga, Tn area for a few days.

Speaking on a news report, Jasmine’s childhood friend Bailey Putman explained that those close to Pace believed she may have left town to grieve the death of a close relative, but they knew something had done wrong when she did not attend Thanksgiving dinner.

OTHER NEWS:  YOUR SPOTIFY WRAPPED SLIDESHOW EXPLAINED INCLUDING MINUTES TO HOURS

On November 23 at 2:15 am, after leaving her parent’s house the previous evening, Pace shared her phone’s location with her mother via text message, which Putman said was unlike her.

Her location was tracked to an apartment complex in Northshore Chattanooga while Jasmine’s mother found her car miles away from that location at 900 Mount Creek Road. Jasmine is not understood to have any connection to either location.

However, Pace’s friends remarked in the comments that it was an old picture as she did not have tattoos on her shoulder in the image.

As well as this, Pace’s mother received a message from Jasmine’s phone that said she was going to visit a friend in South Carolina. However, the friend, who is seen in the Facebook post, said she has had no plans to meet her and lives in Kentucky.

“Her phone has not been active since Tuesday. Her social media has, but not on the device of her phone.” Putman added: “There’s not a day they don’t hear from Jasmine let alone an hour.”

OTHER NEWS:  Rodrigo De Paul at risk of missing World Cup with Argentina due to legal battle with fromer partner Camila Homs

She said that Pace’s mother had not slept or eaten and that they just wanted to see her safely return home.

In a press conference, District Attorney Coty Wamp said that evidence found in her male friend’s apartment had legitimized him as a suspect in the case due to probable cause.

She added that new evidence had been found in the suspect’s apartment which allowed the CPD to bring charges of criminal homicide.

The suspect is currently in police custody and the state of Tennessee will be pursuing first-degree murder charges against him based on the evidence it has. The suspect has since obtained legal counsel and has not answered any more questions stated to him.

She urges that the investigation is still very much ongoing and said: “We will not stop until we find her.”

Primary investigator Crawford added: “Our search is pretty broad right now and we are following up all leads that we are obtaining through tip lines, witnesses or any personnel at this time.”

If you have any information about this case, please call the Chattanooga Police Department at 423-698-2525.

YOUR SPOTIFY WRAPPED SLIDESHOW EXPLAINED INCLUDING MINUTES TO HOURS