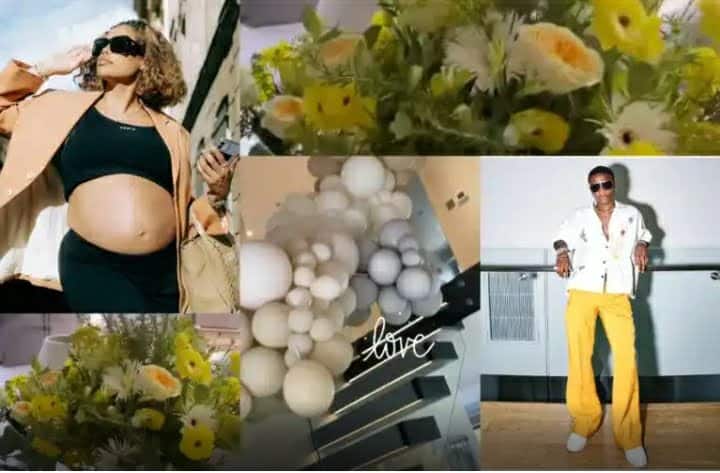 Jada Pollock, the third babymama and manager of Grammy award-winning singer, Wizkid, has professed her undying love for him over his sweet gesture to her.

The singer had melted the hearts of his lover as he spoilt her with several gifts.

Jada Pollock showed off the beautiful flowers the singer sent her in different shapes, sizes and colours.

Appreciating him for the heartwarming gifts, she professed her love for him.

“I love you @wizkidayo. Thank you”.

This isn’t the first time Jada Pollock professed her love for him.

Jada Pollock, who wasn’t shy to admit her love for the singer, took to her Twitter page to publicly shower him with love and affection.

Jada revealed how proud she was watching him work so hard.

“I love watching him work so hard”.

Also, Jada Pollock admitted she was still in love with the singer.

She described their love as magical and revealed her desire to start a family with him.

She also addressed the title of being called his babymama.

Wothappen news recalls Jada Pollock had confirmed the rumours are making rounds about their relationship as she penned a beautiful message to the singer on his birthday.

Wizkid, who clocked 32 on the 16th of July 2022, had the internet buzzing with beautiful messages to cheer his new age.

The Grammy Award-winning singer received heartwarming messages from his fans, colleagues, and close friends on his 32nd birthday.

One post that got many talking online was wizkid’s baby mama, Jada Pollock’s Instagram message to the singer.

Through her verified social media pages, Jada Pollock shared a romantic photo of herself and Wizkid with a lovely caption confirming their relationship status.