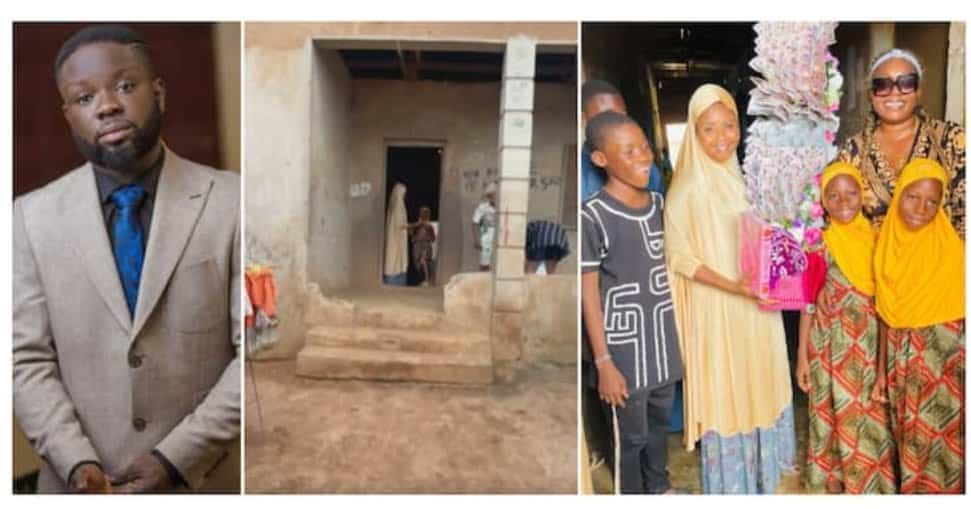 Famous movie star Ibrahim Yekini better known as Itele D Icon has finally reacted amid allegations of abandoning his ex-wife and the four kids they share together.

Recall that Wothappen.com previously gathered the report of a video showing the poor living condition of the actor’s family members.

The owner of a gifting company had paid a visit to the uncompleted building where Itele’s wife and children live and given them cash among other items.

Hours after the clip went viral in the online community, the King of Thieves actor penned a statement on Instagram where he disclosed that he has also been battling with his health.

Itele said he has been frequenting the hospital but chose to keep it private because he doesn’t want to get people worried.

The actor, however, admitted wrongdoing and apologized for how he approached the issue of his former wife.

MORE:  ”If You Want A Boyfriend With Luxury Car, You Should Find Him Where You Parked Yours”-Singer Morachi To Women

For the actor, nobody is perfect and it is on this basis that he chooses to apologize to everyone who feels disappointed about his earlier outburst.

Itele stated that he loves his children and intends to take their welfare more seriously in the future to come.

“I Love my kids and I promise to do the needful henceforth, I am apologizing to the general public to please forgive my earlier outburst and disregard it,” the actor wrote.

“God Is With You @iteledicon01 Stay Strong.”

“God Almighty Allah will give you good health and you will live to enjoy the fruits of your labor stay strong bro.”

“Glad you realized your mistakes and you are willing to do better. That’s all it takes,and shows how much of a good leadership you are I pray God comforts you and brings you peace on everything that is currently hurting you God bless you.”

“We love you just the way you are❤️❤️❤️ reading this push me to tears, indeed you are a man and a great leader too … your health shall be restored.”

MORE:  Couple Found Dead And Nak3d In Their Apartment in Kano

The lady accused the manager of removing a song that has the name of her son on major platforms and replacing it with another version.

An enraged Aoyrinde blasted the manager in a series of posts for being obsessed with her family while advising the manager to eat the original version she distributed.