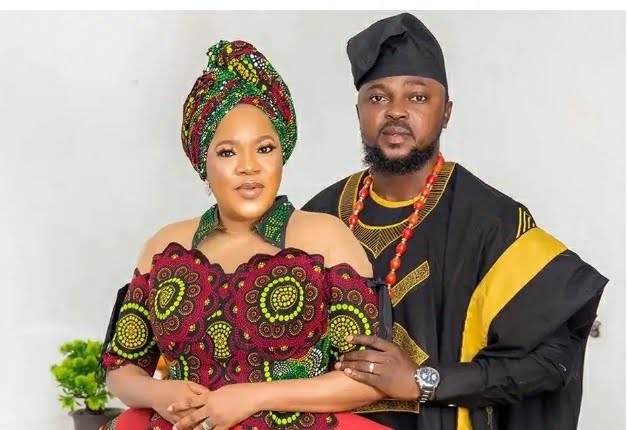 Kolawole Ajeyemi, a Nollywood actor and producer, has responded to those who compare his financial situation and age to that of his wife, actress Toyin Abraham.

In an interview with The Tribune, the Oyo actor declared that his wife’s wealth was irrelevant to him.

“I was born in 1979, and many of my coworkers are aware of my age,” he stated. As I previously stated, I began working in the field in 1997, and I assume she did not begin working in the industry until recently. Subtract my age from 1997, when I first entered the industry, and compare the results. As a result, I’m older than my wife.

Then there’s the question of being richer or more popular, whether you have money or not, whether you’re famous or not, God is the one who owns money or fame and freely provides it to anyone he wants. Whether I am more popular or wealthy than she is, the fact remains that we are both well-known and wealthy. It makes no difference if my wife is wealthier than I am, as long as neither of us acts haughty toward the other.

There is no problem because, in the end, it is beneficial to both sides; you help each other. In terms of popularity, I’m doing quite well for myself.

Even before I met my wife, I was in the industry and doing well, and I made a living doing what I do.

Right now, I’m running a business. I also own a vast, very large farm. So, I’m doing fine for myself, and that’s fine with me. She’s doing OK as well, and I’ve never wished she’d come down. I’m not that type of guy; I wasn’t raised in that manner. I’m hoping she keeps going up and I stay at the top. My wife, on the other hand, is not older than I am; I was born in 1979, and many people are aware of this.

As an OAP, Moet Abebe Said Anyone ‘Eating’ Her Work Is Enjoying It — Reactions

It’s no big deal if my wife, Toyin Abraham is richer than me — Actor Kolawole Ajeyemi