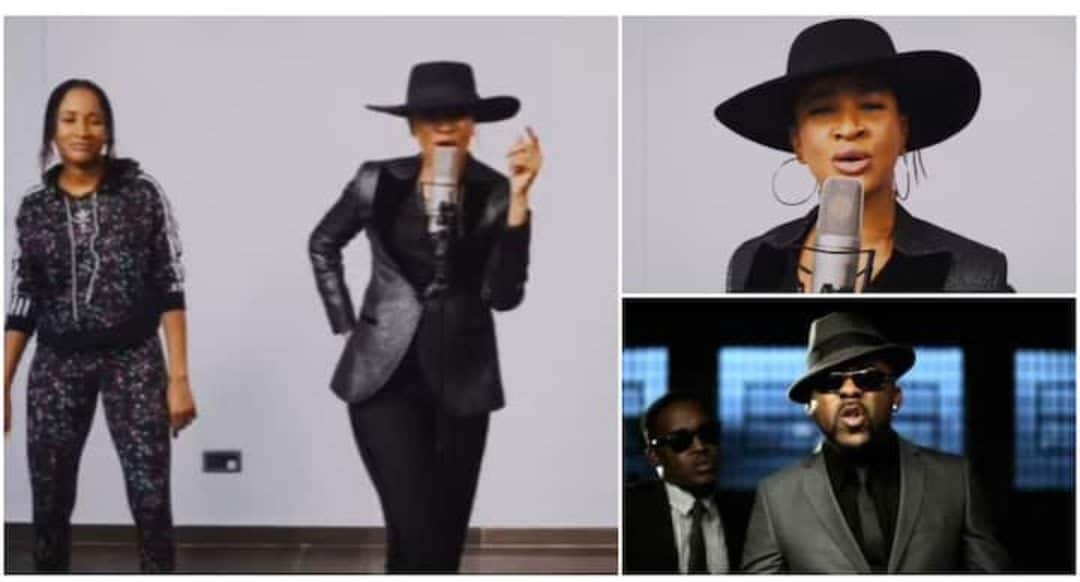 Popular actress Adesua Etomi has left many gushing over a tribute she did for her husband and singer Bankole Wellington, better known as Banky W.

Adesua did another version of Banky W’s hit single Strong Thing, which was released in 2009.

Sharing a video of the captivating song, Adesua said it was stressful recording it, but it was fun.

“Did this as a tribute to my insanely talented husband @bankywellington Everything you hear was recorded by me, by mouth. It was stressfullll but fun. I activated the ‘W’ in me that was hidden. Hat ✔️ Suit ✔️ Screw face ✔️ Moves ✔️.”
See the post below:

Dangote Cement and MTN Shares lower the market by 2.26%