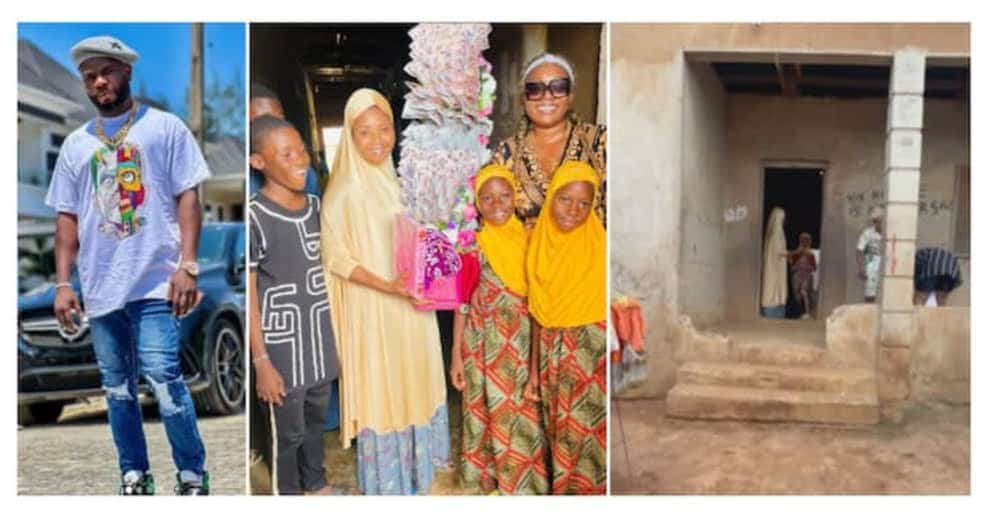 Recall that Wothappen previously reported that popular Instagram blogger, Gistlover, called out the movie star and accused him of abandoning the mother of his kids.

A phone conversation also leaked online and Itele was heard mentioning how he sends about N70k every month for the upkeep of the woman and their children.

Amid the drama, a kindhearted woman who runs a gifting company paid a visit to the actor’s family members and made them happy.

A video showing the emotional visit captured Itele’s partner and the grown-up kids posing with cash gifts among other items brought for them.

A different portion of the video captured the moment Itele’s partner expressed her heartfelt gratitude and appreciation to the owner of the company.

MORE:  I Didn’t Believe It When I Realized I Won Over N20M From Tasks – Liquorose Says

According to the woman, she has been keeping a low profile all her life and it’s only the actor’s actions that have shown the world her condition.

Watch the emotional video below:

“The kids can see smile on their moms face. It’s priceless. God bless you Mahmah .”

“Was crying while watching…..Amen to all the prayers for you.So shall it be in Jesus name.”

“This so emotional the twins are happy and crying at the same time may Almighty Allah continue to bless you mama ❤️ ahhhh I love this so much ❤️thanks for making they happy.”

“I don’t know why I’m so teary after seeing this. She is a beautiful woman.”

“Tear of joy flowing from my eyes May u never know sorrow aunty toyin.”

Meanwhile, Wothappen reported that Kemi Ayorinde, a baby mama to Nigerian singer Lyta, ended her relationship with him as she made some allegations against him.

The lady revealed she has moved on while sharing a video of her with her new mysterious man on social media.

This came a few months after Kemi and Lyta reconciled their differences as she said the singer was not ready to take up his duties as a father to their son.