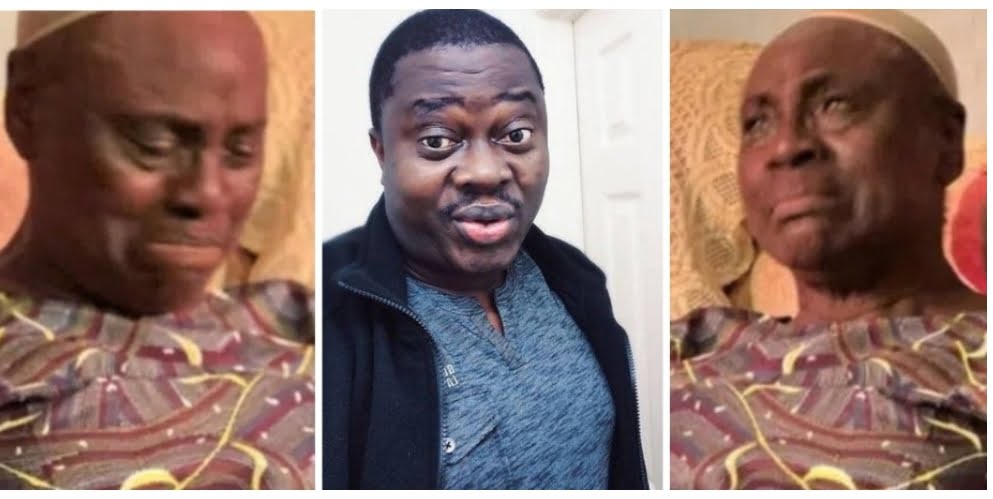 Veteran actress, Idowu Phillips better known as Mama Rainbow couldn’t hold back her tears while shooting a movie scene over the weekend.

The talented actress wept uncontrollably as she brought her role to life and it took a village of her junior colleagues on set to calm her down.

The 79 year old Mama Rainbow, had to transform herself into her role and she couldn’t hot back the hot tears that rushed down her cheeks due to the touching scenario.

The scene was so touching that the actress wept profusely.

According to Muyiwa Ademola, they had to calm her down for hours before she could regain herself.

He noted how many of them have to cross the bridge to the world beyond in order to give justice to their roles.

He stated that often times, getting back into one’s true character becomes difficult.

“We were just working through the limes and Mama could not control her tears. It took so much effort to calm her down. We sometimes cross the bridge to the world beyond in order to give justice to our roles and getting back becomes quite difficult”.

Nigeria has a problem with artisanal skills because young people are attempting to make quick money, according to Frank Donga.