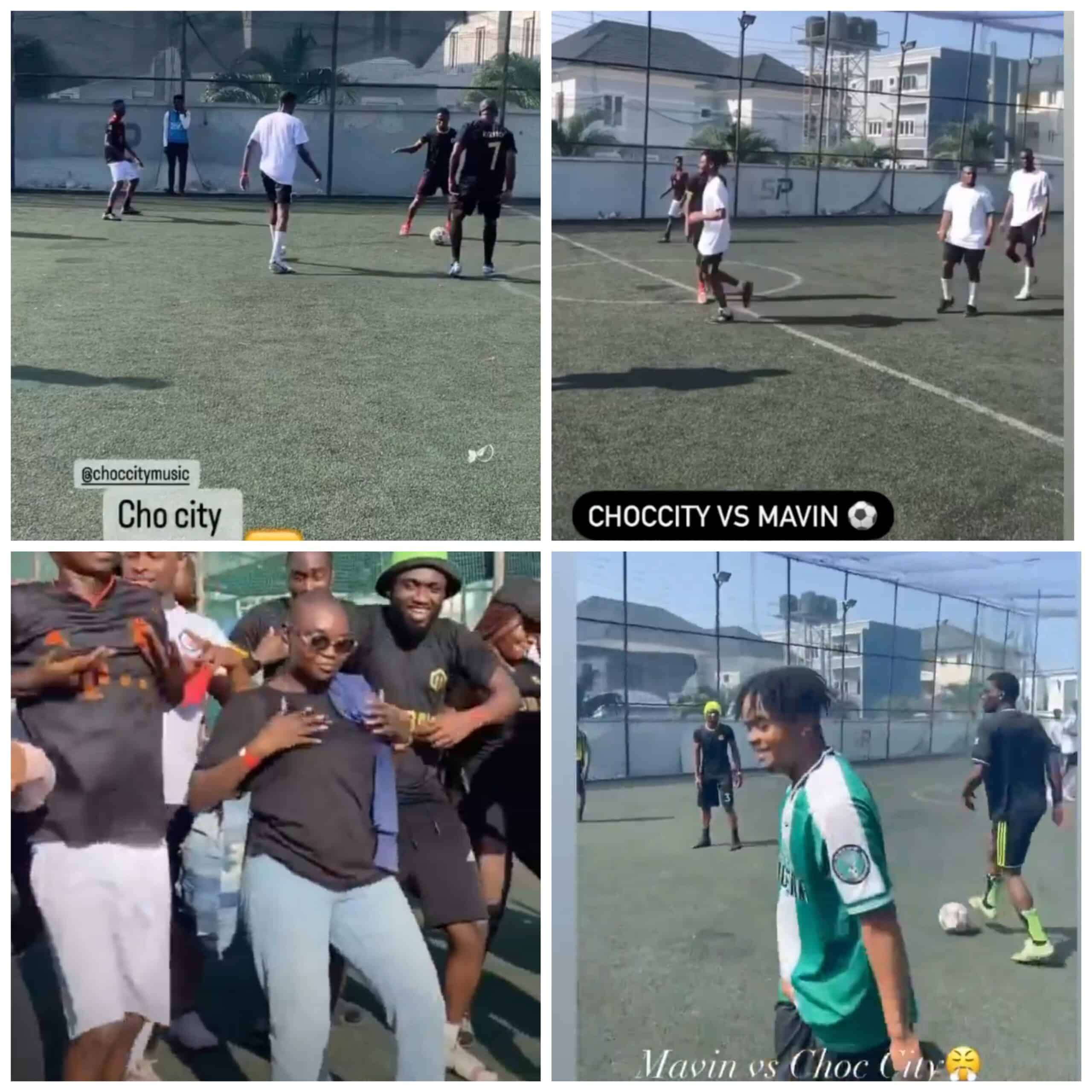 ‘So fine’ crooner, Crayon who led Marvin’s attack took to Twitter to relish the game.

Hailing himself as “CR7”, an acronym for Portuguese soccer wizard, Cristiano Ronaldo who plays with jersey number 7, Crayon revealed that they humiliated CC and almost spell the record label’s name with goals. He added that he scored one of Marvin’s goals.

The label wrote; “They don’t call this man CR 7 for just bants!!

Crayon also shared videos from the match on his Instagram stories. Marvin stars were seen dancing to his song ‘Ijo Laba Laba’ in celebration of the victory in one of the videos.

Rapper, M.I Abaga led the Chocolate City side to the game. Choc City is home to M.I Abaga, Blaqbonez, Candy Bleakz and several others.

I lost confidence when I saw Messi – Lukman