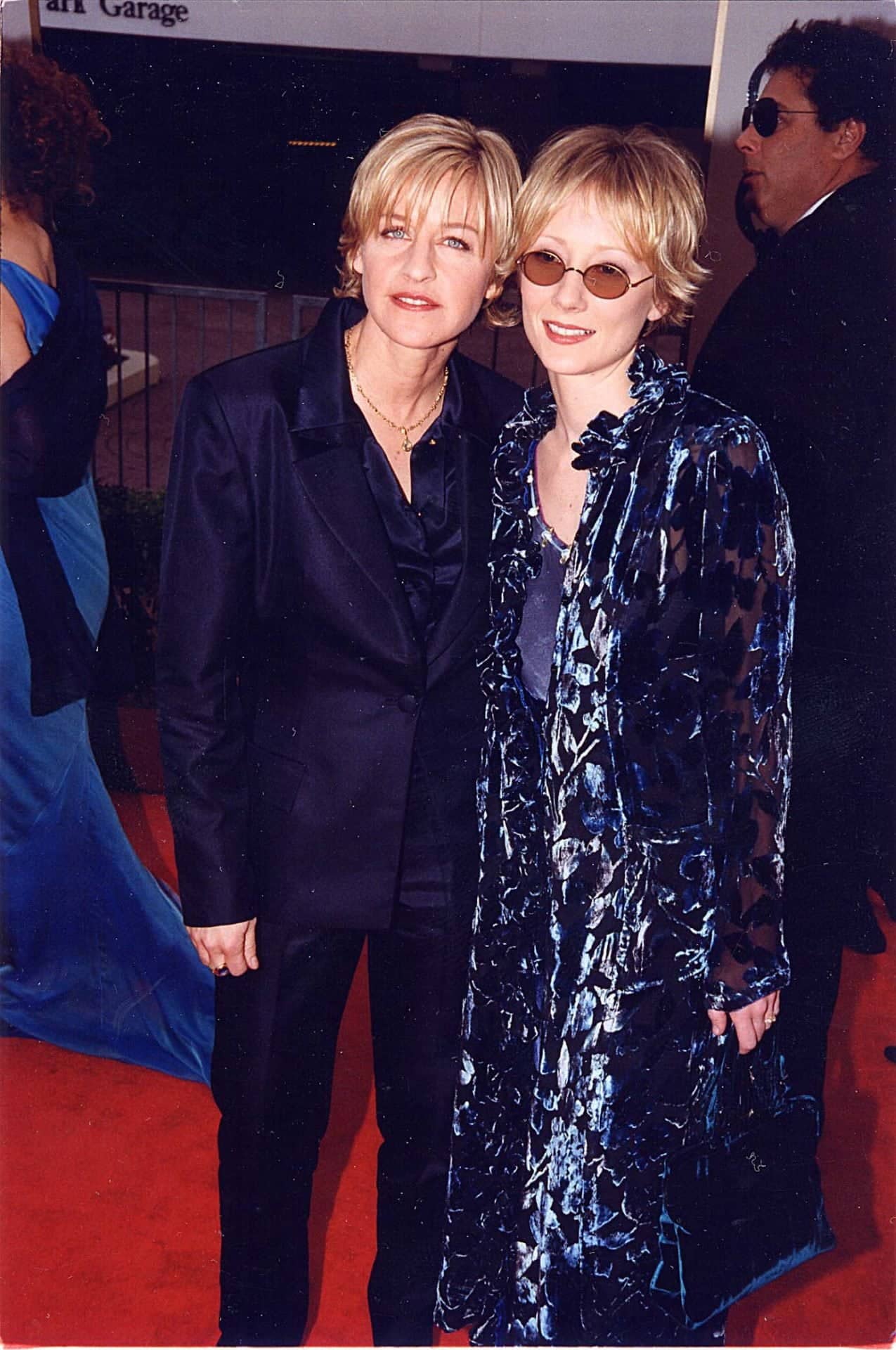 American actress Anne Heche is in a critical condition after a near-fatal car crash, the LA Times reports.

The 53-year-old, who is best known for her role in the soap Another World, was in the Mar Vista neighbourhood of Los Angeles at around 11 am on Friday (August 5th) when her car set alight.

The driver ran the vehicle off the road and collided into a house which caught fire, also engulfing the car in flames, Los Angeles Police Public Information Officer Jeff Lee told CNN.

Anne was taken to a local hospital with severe burn injuries and it reportedly took firefighters “more than an hour to access, confine and fully extinguish the stubborn flames,” the LAFD said.

Now, many are only just discovering that the actress was once in a relationship with television star Ellen DeGeneres. Read on to find out more about their romance and split…

TRENDING: Inside Anne Heche’s net worth as star is hospitalised after LA car accident

Anne Heche and Ellen DeGeneres dated for almost four years from 1997 to 2000.

They met at the Vanity Fair Oscars party in 1997 and Anne once told Oprah: “I saw Ellen across a crowded room, not knowing anything at all, except that I was just drawn to her.”

“Our souls connected, and there’s a time when souls come together and they’re just meant to be… My soul was meant to be with hers and that’s all that matters,” she also said on the Irish Goodbye podcast.

At the time, same sex relationships were far less common than they are now, so the actress made headlines when she invited Ellen as her date to the 1997 premiere of her movie Volcano.

In an interview with Dancing With The Stars, she revealed that she was told she would lose her Fox contract if she took Ellen as her date, but decided to do so anyway.

However, she was “ushered out by security before the movie even ended” and said: “I was was not allowed to go to the afterparty for fear they would get picture of me with a woman. It was unbelievable.”

“Our time was a beautiful part of my life and one that I wear with honour. I was a part of a revolution that created social change, and I could not have done that without falling in love with her,” the 53-year-old also said.

In a recent interview with Page Six, she added: “This wasn’t a long-term love affair. This was a moment in my life when I was given the glory of being able to stand up for what I believe in and have since I was a kid.”

The pair became one of the biggest LGBTQ+ couples of the 90s, but unfortunately, things weren’t to last and the relationship ended suddenly in 2000.

They never revealed exactly why they split, but Anne hinted in an interview on Dancing With The Stars in 2020 that the relationship negatively impacted her career.

“I was in a relationship with Ellen DeGeneres for three-and-a-half years and the stigma attached to that relationship was so bad that I was fired from my multimillion-dollar picture deal,” she said.

The actress went on to reveal that she didn’t “work in a studio picture for 10 years” due to the romance.

They released a statement announcing the split, in which they said: “It is an amicable parting and we greatly value the 3 1/2 years we have spent together.”

However, a year later, Ellen told the Los Angeles Times that the breakup was a surprise, saying: “She walked out the door and I haven’t spoken to her since, I don’t have the answers.”

“I would love to have them myself. I would ask all of the questions that everyone else wants to ask…. I’m left with everybody else wondering what happened,” the TV host continued.

In 2021, Anne, who is on TikTok, made a video in which she rated some of her “Iconic Red Carpet Looks” and fans were surprised to hear what she had to say about Ellen.

She went through six of her past outfits and rated them out of 10, but it was her 1998 Golden Globes dress, which she attended with Ellen, that caught everyone’s attention.

Anne wore a long navy velvet dress jacket that was very different to some of the previous, more revealing outfits she wore, and there’s a reason for that.

“Why do I look like a hippie?” she said. “It’s because Ellen didn’t want me to dress sexy.” The star then gave the look a 0/10 rating.