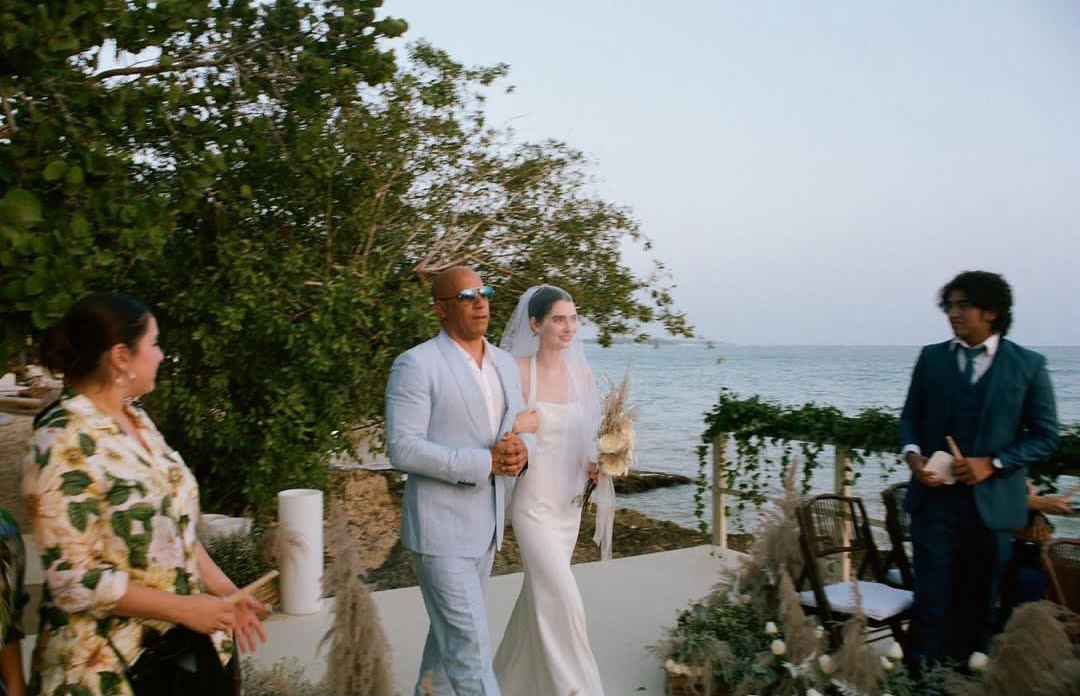 At the beginning of this month, actress Meadow Walker tied the knot with actor Louis Thornton-Allan during a small ceremony in the Dominican Republic.

On the 22-year-Instagram, old’s she’s shared a black-and-white photo of herself and Diesel holding hands as they walk down the aisle in front of their guests.

Her father, actor Brian O’Conner from the Fast & Furious movies, was killed in a vehicle accident in 2013 at the age of forty.

With the caption “We’re married!!!!” Walker also shared a video of moments from the wedding, including Diesel embracing the newlyweds.

“Yes, we are!!!” was her husband’s response underneath the photos.

One fan wrote: “Love the fact Vin Diesel got to walk you down the aisle. Your dad would have been proud.”

Another added: “Way to go Vin for showing just how a great friend you are to Paul and taking care of his little girl and just a awesome human being you are.”

And a third posted: “It’s only right that Vin gets to walk her down the aisle.”

Walking Dead stars Diesel and Walker grew close over their roles as racing rivals in the box office smash.

Matthew Williams, the creative director of Givenchy, designed the bride’s bridal gown, according to Vogue.

Additionally, Walker said to Vogue that the wedding ceremony was far smaller than she had anticipated.

She said: “The pandemic impacted our plans. Louis’s family wasn’t able to attend.

“A lot of close friends whom we consider family were also unable to attend due to travel restrictions.”