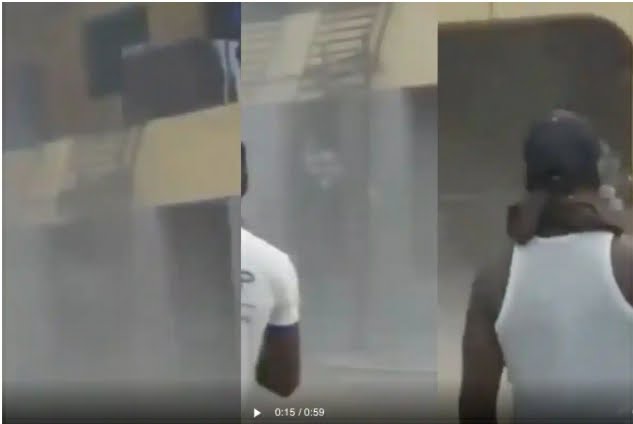 The structure housing the Salvation Ministry in Okpanam, Oshimili North Local Government Area of Delta State, fell during a service on Tuesday, January 11.

This is the first time the church edifice has been used, according to The Nation. When they were recovered, eight persons were uninjured, while four others were sent to the Asaba Specialist Hospital.

Delta Government officials were on the scene, including Chief Patrick Ukah, Secretary to the State Government (SSG), Commissioner for Health, Dr. Ononye Mordi, a team of Red Cross officials, and fire fighters, as well as community youths and a team of police officers.

See how people reacted to the video on the internet.

No one should blame the government for this, jewelry talks wrote…

We must begin to act responsibly. Our lives are important…

God have mercy, wrote godwin aliek. Corruption has infiltrated every aspect of Nigerian life. Civil engineers, like their Western counterparts, are no longer to be trusted.

‘Saying, ‘Let me consult my wife before making a decision,’ isn’t a sign of weakness, but of wisdom.’ To Husbands – Reno Omokri