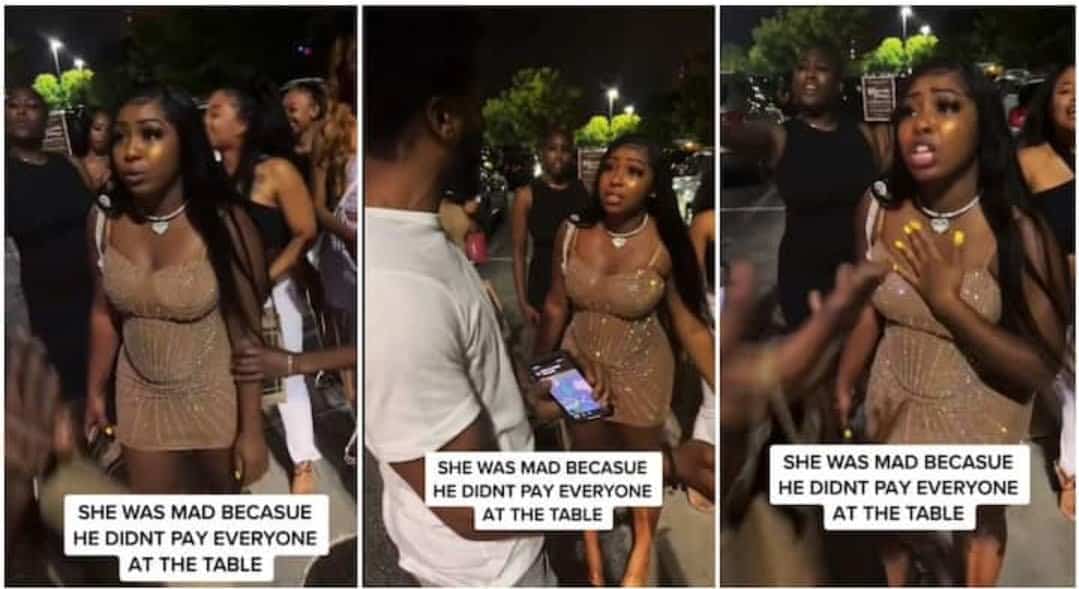 A man has left his girlfriend in the open cold after he refused to pay for food consumed by her friends in a restaurant.

It was his girl’s birthday and he apparently took her out for a special birthday treat, but it appears the girl showed up with her friends, 18 of them.

I’m not paying for everyone:

Obviously, as seen in a trending TikTok video, the man didn’t say anything until they have finished eating.

He then refused to pay.

This led to a hot exchange between him and his woman as he insisted on not paying for food eaten by the 18 ladies...

MORE:  She is Beautiful Too: Video of Another Cute Lady Emerges Online, Excited Fans Compare Her to Kelly

His girlfriend however insisted that since it was her birthday, it was only right that he pays for everyone’s food. Some people have however suggested that the video is a skit. Legit.ng could not independently verify this claim, but the video has garnered millions of views on TikTok.

“I’m So Happy I Apologised Before You Left”: Blessing Okoro on Ada Ameh’s Death, Posts Screenshot of Apology