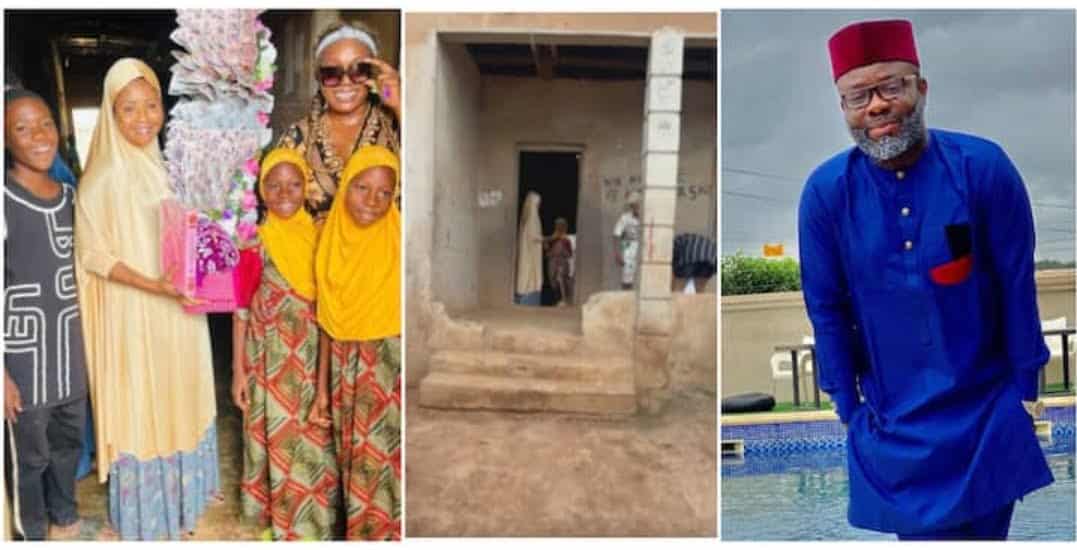 The past few days have been dramatic for Nollywood actor Ibrahim Yekini aka Itele D Icon after he was exposed for abandoning four of his kids and their mother by controversial Instagram blog, Gistlover.

Hours after Wothappen reported that Itele told his side of the story in a post shared on Instagram, the blogger returned with an update on the matter.

Apparently, Itele sent a DM to the blogger explaining that he is a god-fearing man who genuinely had no idea about what his family members were going through.

Itele explained that the video of his ex-wife and kids which made it to social media got him in an emotional state and he couldn’t even get any sleep.

“This is not me. I knew that house to be her mum’s house. I never knew that’s where the kids are living now. But I’m not trying to defend myself. I accept all the faults and I will do the needful,” Itele wrote in screenshots of a conversation with the blogger which was posted online.

The King of Thieves star added that things have not been easy for him. The Gistlover handler also stressed that he wasn’t exposed for ridicule but simply to be held accountable and take proper care of his family.

MORE:  Buchi Alexandra transformation: Before and after photos of Nigerian transgender

See the exchange below:

“A king and more…this just increased my respect for him.”

“Apart from sending them money and getting accommodation, pls itele, try and have a good relationship with your kids. It shows you don’t talk to them often that’s why you don’t know where they stay or anything personal about them. Get your first son a phone so you can speak to them directly time to time. May God give you speedy recovery.”

“It’s so sad when a man says he doesn’t know where his kids live like serious. God bless our mothers for not giving up on us .”

“I love and respect him more. ❤️ few people can digest pride publicly.”

“I con Dey pity him sha I almost shed tears reading this .”

“You Never Knew where your kids have been all these years? Chai! Them and Their mother must have been through so so much. Thank God for Gistlover. Women are amazing, even when some fathers shy away from their Responsibilities they stand strong. God bless her. You owe them everything, Time, love, care and everything. God bless gistlover may You live long for all you do.”

Meanwhile, Wothappen.com previously reported that singer Timaya’s baby mama came after him on social media while praising their children.

The woman shared a screenshot of her children’s impressive test scores as she thanked God that they both took after her.

She equally used the opportunity to note that their father is only ever concerned about music and chasing after big ‘backside’.

I’ve Been in and Out of Hospital”: Itele Reacts As Clip Showing Poor Living Condition of Family Goes Viral