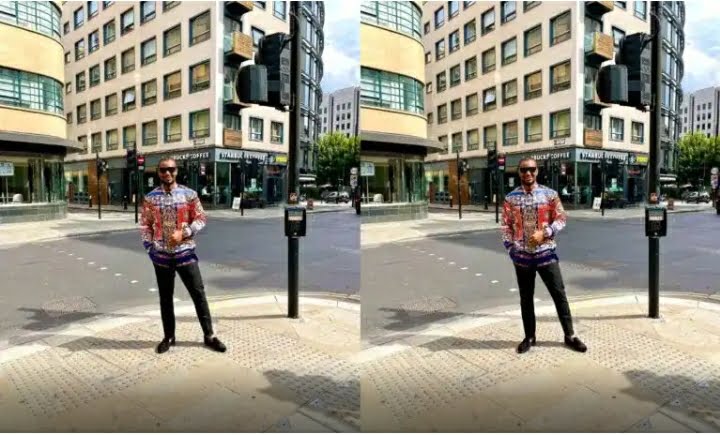 Nollywood actor Alex Ekubo has revealed how he learned to be rich the hard way without thinking of wealth or fame.

Alex Ekubo shared dashing photos of himself in London, United Kingdom, chilling with some members of the famous Cubana group.

Sharing the photos on his verified Instagram page, Alex Ekubo disclosed that he started his hustle with the thoughts of comfortability but found out the hard way that he had to be rich.

The latest landlord also hinted at the magnificent structure that is set to be unveiled by the Cubana group.

He wrote: When I started this hustle, all I wanted to do was be comfortable, I wasn’t thinking about been rich.
I later found out the hard way that to be comfortable I needed to be rich.
So I had to double my hustle.

Meanwhile, eyes have not seen, the magnificent structure we at @cubanagroup are about to unveil in a few months.

A few days ago, wothappen reported that Alex Ekubo acquired a multimillion mansion to mark the beginning of a new month.

The actor made this revelation via his social media page, where he appreciated God for the new house.

He wrote: “New month, New Home. Thank you Lord for the Gift of New, I’m grateful”.

Wothappen. recalls that the internet was set on a frenzy when Alex Ekubo’s ex-fiancee, Fancy Acholonu, publicly apologized for making the public miscontruct her statement about his s33xual identity.

After the rants online, Fancy Acholonu engaged her fans in a question and answer section. She revealed the impact of social media on her relationship with Alex Ekubo.

While addressing the issue, Fancy Acholonu claimed the internet had nothing to do with her breakup, stating it was beautiful and fun showing their love on the internet.

She also revealed that she would love to be a wife and mother of kids someday as she is tired of being a ‘baby girl’.

“Definitely I believe in marriage I would love to be a wife,

The baby girl life is not for me lol it’s the happily working mom and life I desire + a dog and pet monkey.”

How many kids does James Hetfield have?

Our Leaders Need to do Better, The Country is Blessed”: Davido on Why Le Loves Nigeria