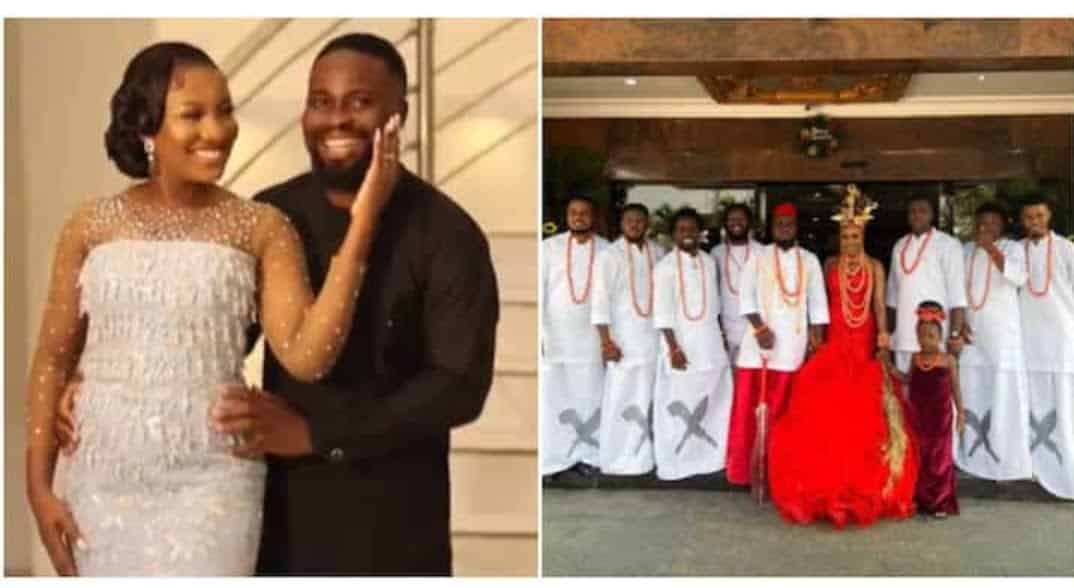 Comedian Sir Balo has fulfilled the traditional rites of marriage by tying the knot with his lover in Benin, Edo state.

In a video sighted online, the comedian could not hide his excitement after his wife showed up in her full ceremonial Benin regalia.

Friends of the groom hailed and teased him with so much energy that his wife had to try to drag him out
Obotuke Timothy, popularly known as Sir Balo is now a married man by tradition and clips from the special day have made the rounds online.

The comedian dressed in a ceremonial Benin white shirt and red wrapper was in a room with his friends and he awaited his bride’s arrival.

On seeing is woman in her red outfit with a huge head piece decorated with beads, the comedian did a little dance and shouted at the top of his voice.

To further amplify the moment, Sir Balo’s friends proceeded to hail the couple, and the groom got so engrossed that his bride attempted to drag him out of the room.