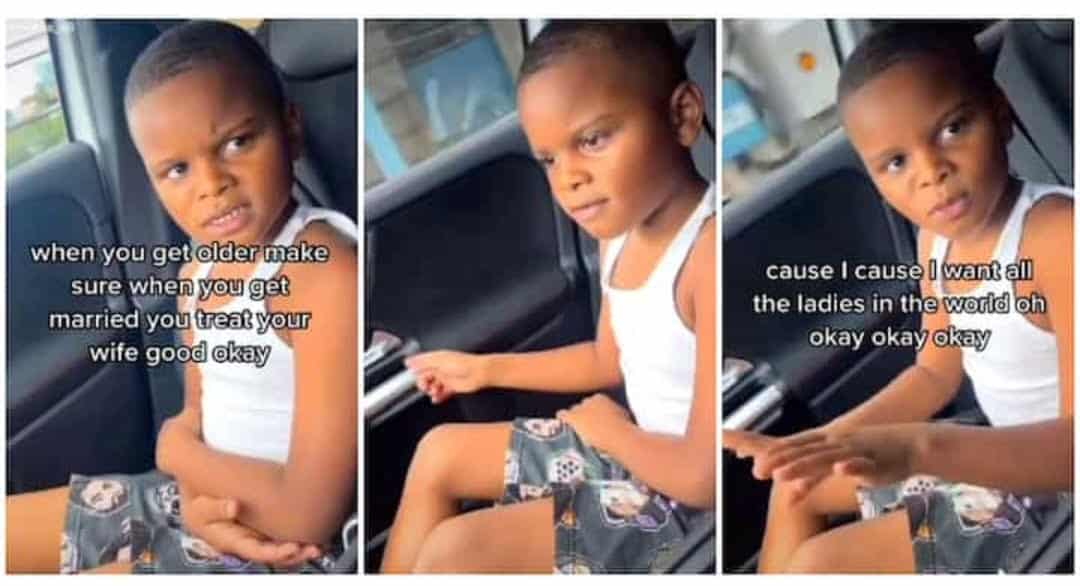 The little boy revealed that he has no plans of ever getting married when he is of age but may have a girlfriend Not stopping there, the lad went on about how he will continue to change girlfriends for the rest of his life.

While in a car together, his mother advised him to treat his wife well when he ties the knot in the future.

She waited for her boy to respond in the affirmative but his response blew her away.

The lad said he will never consider marriage but may have a girlfriend. Continuing, he said that he will get another girlfriend if not satisfied with the first and will keep up with the cycle for life.

“Marry? I ain’t getting married. I may have a girlfriend. And if I don’t like that one I’mma get another one.

“And if I don’t like that one, I’mma get another one and I’mma keep doing the same thing for the rest of my life,” he said to her boldly in the TikTok video.