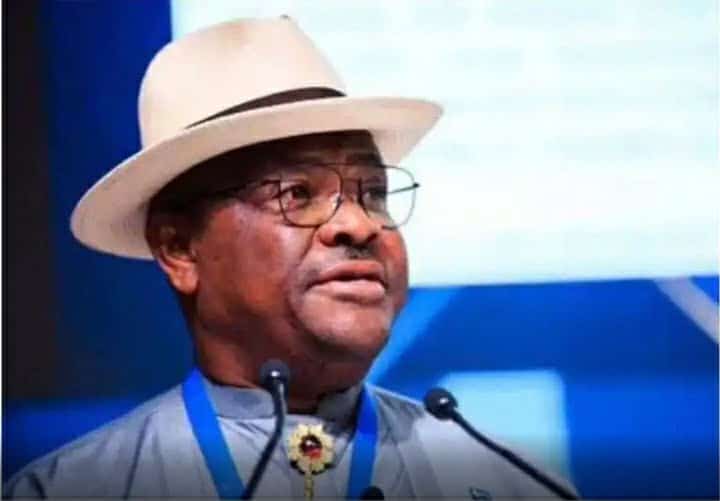 The Governor of Rivers state, Nyesom Wike, has insisted he is not interested in any ministerial appointment after his tenure.

Wike’s comments come amid speculation that he is demanding to be Minister, as one of the conditions to work for the Presidential candidate of the People’s Democratic Party, Atiku Abubakar.

The governor made the clarification during the commissioning of the newly constructed VIP lounge at the Port Harcourt International Airport Omagwa on Tuesday.

“So if you don’t want to win an election, it’s your business. I’m not the one running the election.

“He who wears the shoes knows where it pinches him”.

So allow Rivers State to continue to do what they are doing by using our projects to campaign to our people.

The Governor also challenged leaders of the PDP in the state to come home and campaign for their presidential candidate, instead of “carrying rumours” against him in Abuja.

“You want to support a candidate, you are not at home you’re in Abuja.

“Come home and campaign and work for the party.

“Stop this Abuja politics of carrying rumours to the candidate”.