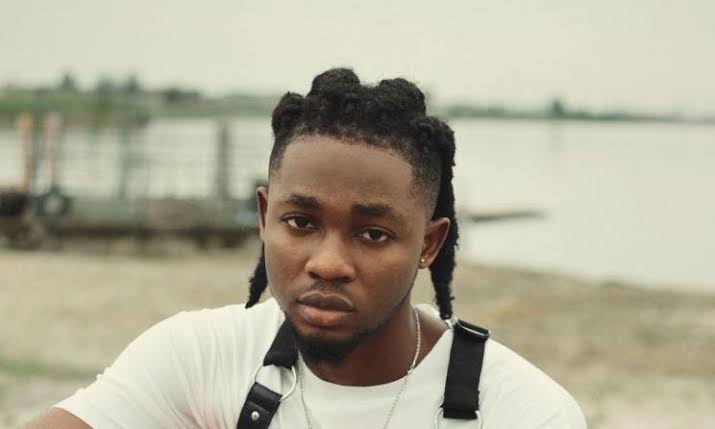 Popular Nigerian singer, Omah Stanley Didia, better known as Omah Lay, has opened up on his dirty past.

The Port Harcourt-born singer who recently released his debut album ‘Boy Alone‘, revealed that he was once involved in illegal activities.

According to him, he left his parents at a very young age to live with some people whom he was doing “kpofire” with.

The host, Akan explained that “kpofire” is slang for illegal oil bunkering and “a means of survival for a lot of young people in Niger Delta.”

Omah continued: “We dey do kpofire. I used to always fall back to my music. I have always known that this is what I wanted to be.”

When asked by the host whether he was into illegal oil bunkering for survival or to fund his music, Omah Lay said, “Of course it was for survival. I have a family. I have a whole family and I’m the first child. My dad died, Boy Alone himself. He died when I was like around 12 or something. So, the weight of the family was on me.”

OTHER NEWS:  “Who Send You Go There” – Netizens React To Omah Lay And Tems’ Uganda Arrest Saga

Pressed by Akan on how he managed to combine the illegal activity with doing music, Omah Lay said, “Then it used to be like battles. It used to be rap battles. Yeah, let me just pull lines….Freestyles. Then I used to have my boys, Siki, Capon, Ebi, and people from the hood. We fit just gather dey do stuff.”

OTHER NEWS:  “We Dash You Omah Lay, Teach Him A Lesson” – Nigerian Man Tells Ugandan President

He said he later left illegal oil bunkering and became a laundryman.

On why he left illegal oil bunkering, the singer said, “It became very dangerous. I lost a lot of my friends. All of them died. Military people just come and shoot. You know how Marine base is? Is just shooting and everybody kept dying around me. And I just felt like if I kept on going like that, one day I for just go too. So, I just have to. And then I needed more time for my music.”

To greet Aki and Paw paw, Zubby Michael makes a bow and then takes their bags.