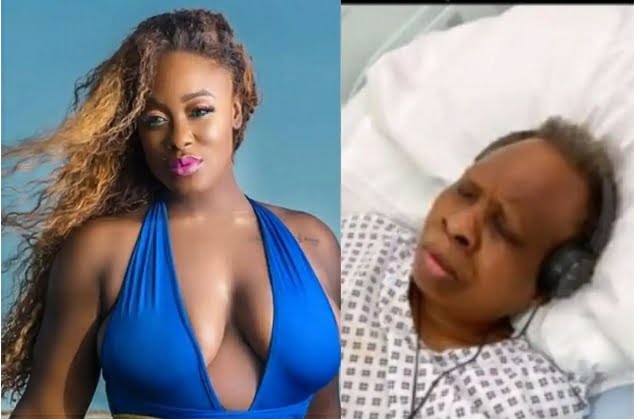 Reality TV personality Uriel Oputa is trying to keep up with her mother’s failing health.
The chef has been balancing her hectic schedule with her dementia-stricken mother’s care. On her Instagram story, Uriel Oputa promised to never complain about how terrible life is for her.

She talked about how stressful the last several days had been for her and her siblings. In a photo showing her mother in what appeared to be a hospital bed, she described her mother as “her concept of strength.”

Despite the fact that she has had a terrible few days, she believes that God is in charge. Uriel Oputa backed her up.

Despite the fact that she has had a terrible few days, she believes that God is in charge. Uriel Oputa advised her fans and followers to stay away from anyone who makes them nervous.

“I’ll never be able to moan about how difficult life is.” My notion of strength” has been “these last few days have been wild for us all.”

“These last few days have been incredibly difficult. God is and always will be in control, therefore walk away from anything or anyone who is causing you concern. Period”.

Portable Cries Like a Baby As Girlfriend Surprises Him With ‘Pan Ran Ran’ on Valentine’s Day, Video Goes Viral  

Too Much Talent: 2Baba Expresses Excitement About Falz’s Cool Freestyle, Begs Him to Do Collabo With Burna Boy