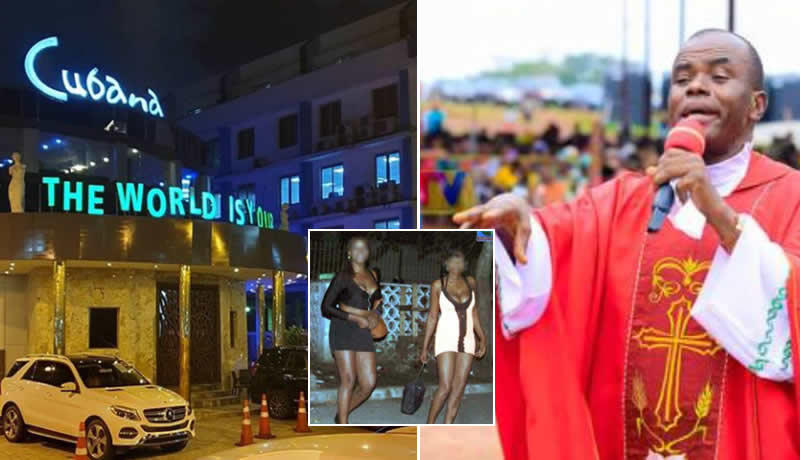 Following his fall out with the Catholic Diocese of Enugu in May last year, Father Ejike Mbaka, Spiritual Director, Adoration Ministry Enugu has revealed how they allegedly plot to frame him using prostitutes.

According to Mbaka the plan was to abduct him and drag him through a spot where prostitutes reside in Enugu, after which he would be recorded naked.

He explained that they planned to carry out the plot after he left a meeting with Catholic Bishop of the Enugu Diocese, Callistus Onaga.

Giving his new year message on New Year Day, Mbaka recounted how Onaga directed him to shut down his Adoration ministry in Enugu for one-month and embark on a retreat.

MORE:  Fr. Mbaka Debunks Instructing People To Use Strands Of Hair in Bible As Coronavirus Cure

He said the Bishop cautioned him against meddling in politics.

He said he obeyed the Bishop’s order, but that the Holy Spirit ministered to him that he should not park “anywhere”.

According to Mbaka: “I didn’t know I was being tracked that night. Before the next day you people started searching for me.

“Their plan was to capture me that night and drag me to Cubana (Hotel) and take me to Mobil where prostitutes stay and then take me around (there) and then, show video of me in the place (Brothel) so that people would ask what Mbaka was searching for in brothel.

MORE:  Fr Mbaka call out Buhari for refusing to tag herdsmen as terrorists, Reveals what will happen

Why I’m Not Happy With Nigeria’s Electricity Situation – Buhari