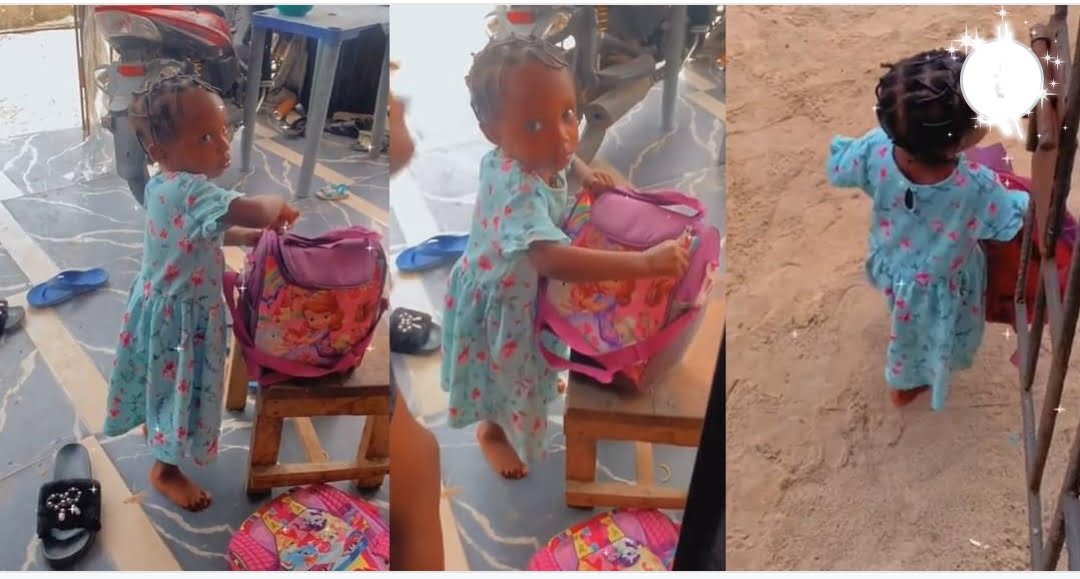 The quite hilarious moment a little girl decided to pack out of her residence after she was disciplined has had folks laughing on social media.

In a video that was shared by one of her older relatives, the little girl is seen packing her school bag and making a move to leave the house.

Even when she was begged not to leave the house, she’s heard saying “Leave me, give me my bag” as she made her way to exit the building. The caption in the video hints that the toddler was disciplined and obviously exasperated by this, decided to pack out of the house.

Watch the quite hilarious video,

Tonto Dikeh Asked Me To Give Churchill’s Full Name To My Grandma To Destroy His Life – Bobrisky Spills More Secrets; Shows Proof

I regret ever knowing you, I used to buy healing cream for his leaking an*s – Tonto Dikeh reveals damning information about Bobrisky