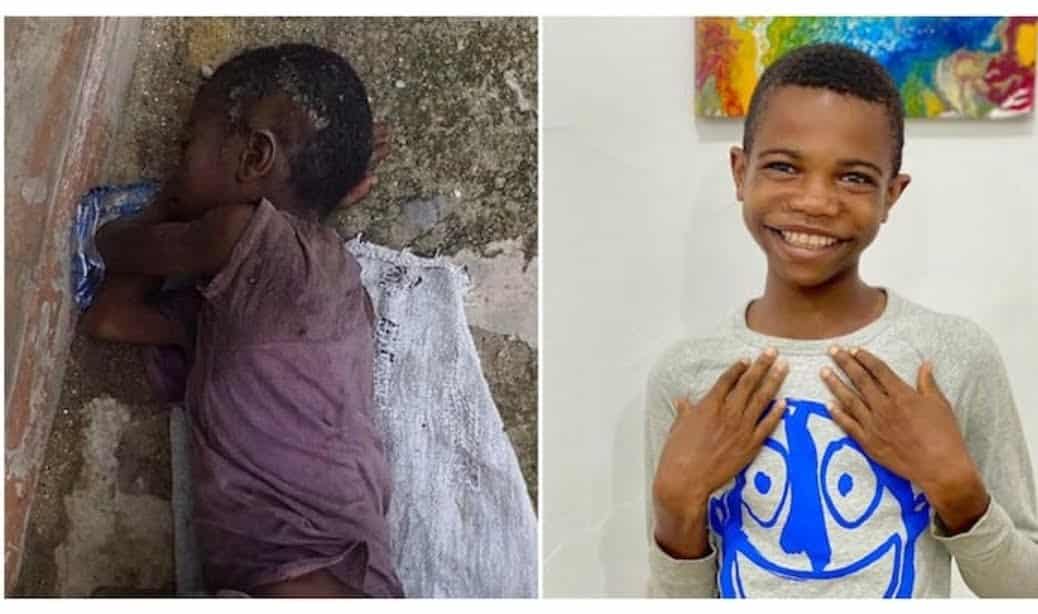 Some 5 years ago, a boy identified as Solomon was branded a witch in Akwa Ibom state and dummped in the streets.

Those who left him there probably hoped that he dies from the vagaries of the open weather, but he was lucky to have been picked up by aide workers...

Today, the boy’s life has been transformed after he was rehabilited by Land of Hope, an NGO run by Danish aid worker, Anja Ringgren Lovén..

Sharing the photo of the transormed Solomon, Lovén wrote:

“Solomon was accused of being a witch, outcasted by the community and he was literally dying when we found him...

MORE:  Leo DaSilva Reveals How Some Women Wanted To Take His Life

“Today, 5 years after his rescue, Solomon is strong and healthy. He has grown and developed in rapid speed and gained a lot of strength..

“Solomon is very calm and polite. I don´t think I can remember a time where he has been in any kind of trouble in school or with the other children at Land of Hope.”
The actions of those who branded Solomon a witch has been roundly condemned by Nigerians on Instagram after the story was reposted by @lindlaikejisblog.

“With My Masters Degree, I Applied for 5000 Jobs & Was Rejected”: Video Shows Educated Man Hawking Eggs