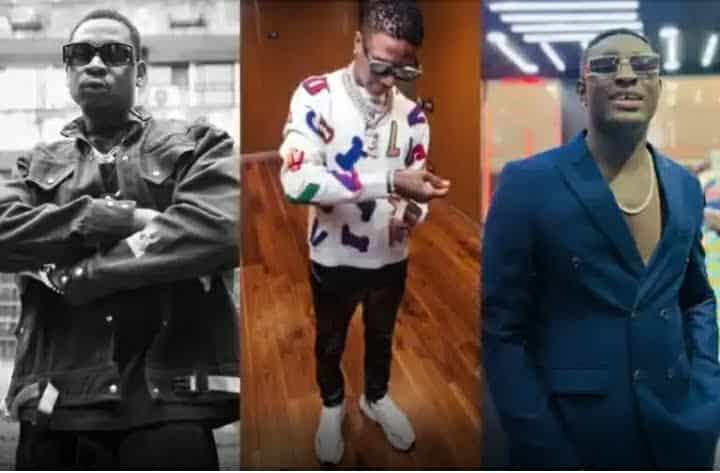 Wothappen news reported that Carter Efe had taken many by surprise when he took to the studio to record a dedication song to his number one idol, Wizkid.

Carter Efe, who is a staunch fan of Wizkid, featured an emerging act, Berri Tiga, on the song which they titled ‘Machala’ with the theme centered around praising the Afrobeats singer.

Wizkid FC, the fan base of the Grammy award-winning singer, perceive the song as an anthem in honor of their King.

Shockingly, the song titled ‘Machala’ topped the charts and is the number one trending song on several streaming platforms.

The song has earned the highest number of streams for the week across all online streaming platforms in Nigeria.

However, despite the record-breaking achievement, Wizkid is yet to acknowledge him.

Weighing in, Benkrezt believes that the singer should have shown love to him.

According to him, this is true love and as such, Wizkid should have appreciated and encouraged his efforts.

“Wizkid suppose done show love atleast Carterefe @carterefe has shown true love for wizkid even went as far as dedicating a full song to wizkid. Song wey be number for naija. It has never been done! This is true love. Atleast wizkid suppose appreciate and encourage the guy for the effort and genuine love. It’s only fair at least words of encouragement will do”.

Don’t be surprised if I break down — Singer Viktoh cries out over ‘failed’ music career, says colleagues have abandoned him