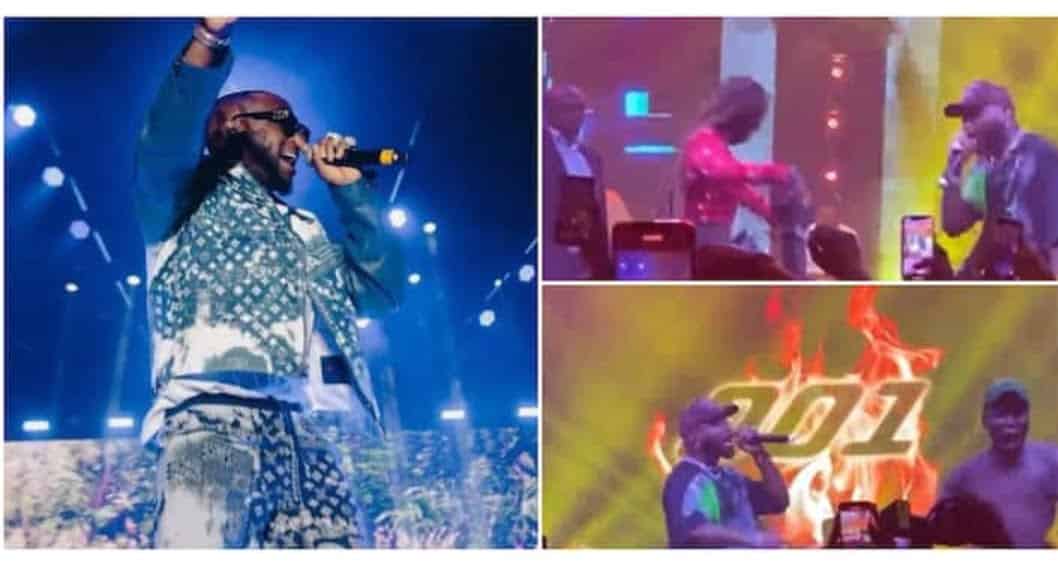 Davido has a way of winning the hearts of his fans on social media and the 30BG musician just did it again.

The Nigerian singer took a break from his US tour and visited Nigeria just before he continues with the Europe leg of his tour.

Davido recently performed at a show in Lagos and the singer gave his fans and supporters an amazing time at the event.

While he was performing his 2022 single, Stand Strong, the singer spotted a dedicated female fan and brought her up on stage.

The excited lady couldn’t believe what had happened as she eventually got into the mood and performed the song alongside the singer.

An impressed Davido pulled off his designer shoes for the lady and she jumped around the stage with them.

However, that was not the only treat he had for her. Just as the fan was about to leave the stage, Davido called on his lawyer, Bobo Ajudua, to give her N2 million.