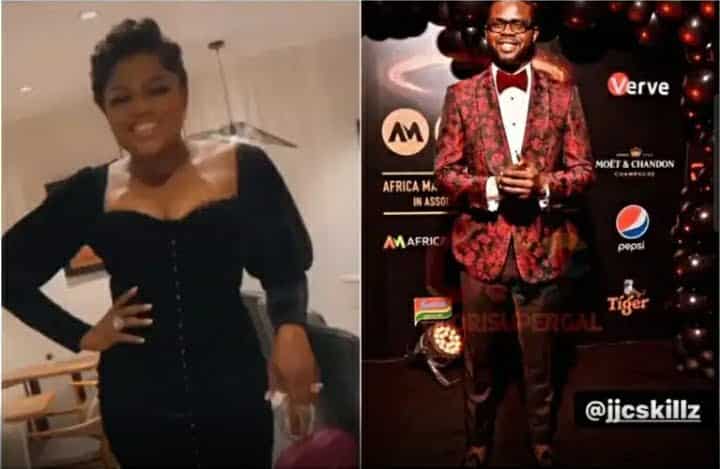 Fans of the actress were saddled to know that the couple haven’t settled their marital crisis as it was evident at the event.

Unlike when things were going smoothly, Funke Akindele and JJC Skillz always turned up for events together, often times in matchy outfits, but this year was different, as the couple came in different cars to the event.

To worsen it, there was no picture of the couple together nor where they were spotted sitting together.

Wothappen news recalls there were speculations that all was not well in the marriage of actress Funke Akindele and her husband, JJC Skillz.

This was disclosed by Instagram blogger Cutie Julls who alleged that Funke Akindele and JJC Skillz’s union is going through some hard times, and added that they fought dirty at home, with the wife ordering her husband to leave her house.

The source revealed Funke Akindele had boldly accused her husband JJC Skillz of squandering money which she disagreed with, considering she is the company’s owner.

Meanwhile, JJC Skillz had left his home and rented an apartment somewhere in Lagos and was in London to cool down and give his wife Funke Akindele some space to calm down.