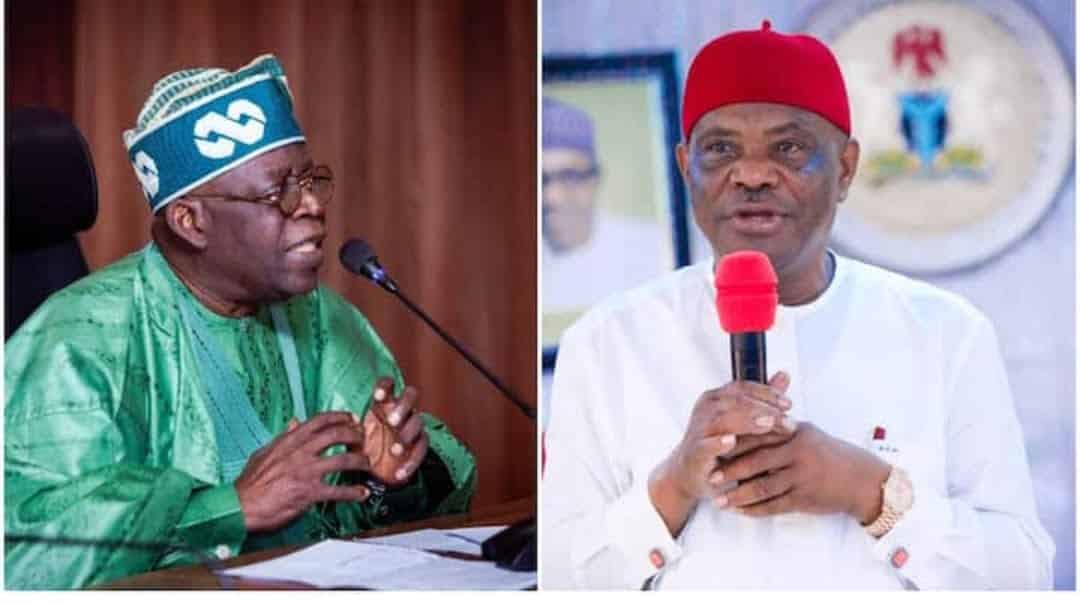 Ahead of the 2023 general elections, there are strong speculations that the presidential candidate of the All Progressives Congress (APC), Asiwaju Bola Ahmed Tinubu, and a prominent PDP governor, Nyesom Wike, are considering a possible alliance.

A report by ThisDay stated that Tinubu and Wike were scheduled on Thursday, June 30, to meet any moment in France.

The APC presidential candidate had earlier travelled to France where he was holding strategic meetings in furtherance of his aspiration.

According to Thisday, the duo were initially slated to meet in Spain. However, current realities with respect to Tinubu’s itinerary could not make that possible, hence, the resort to France.

MORE:  Governor Wike releases N450m to victims of 2019 general election in the state

The newspaper stated that it could, however, not confirm whether the meeting had indeed taken place as at 3am on Friday morning, July 1.