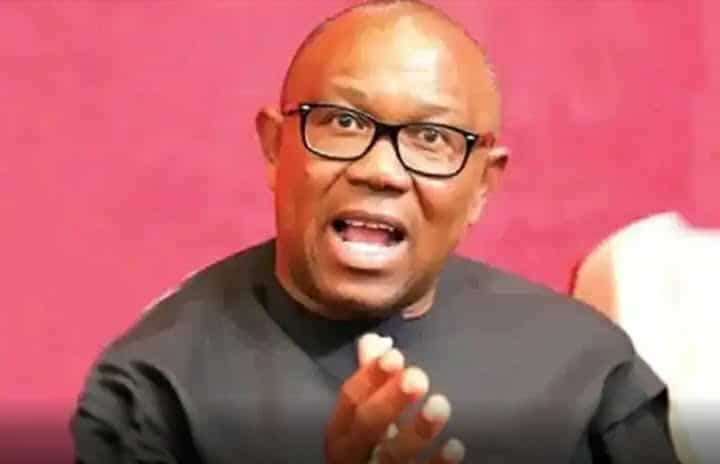 A presidential hopeful on the platform of the Peoples Democratic Party, PDP, Peter Obi, has said insecurity could be blamed on the Federal Government for failing to invest in the youths.

Also lamenting the poor power supply in the country, Peter Obi, a former governor of Anambra State, said power supply shouldn’t be seen as a favour to Nigeria.

He spoke while inaugurating ambassadors of one of his support movements: Nigeria Needs Peter Obi, NNPO, in Abuja.

Peter Obi said, “The reality is that we are not doing the youths a favour, but we’re saving ourselves today. You hear of banditry everywhere in Nigeria. Those bandits are those we refused and failed to invest in yesterday. If we had invested in them, if we had given them a job, we would have reduced it.

“I am not saying that there won’t be crime but it would be reduced. Yes, people say most of them are foreigners, I agree. But if we had invested on our own, they wouldn’t allow foreigners to come in.

“So, we need to invest in the youths. Do you know why people retire when they are in their 60’s or when they are at 65 ? It is because they’re no longer as productive as they were in their youth. So, investing in the youths is investing in the engine of growth of your country. They are the ones that will produce the stability of the country. They are the ones who have the energy, the talent and everything to move on.

“Every company we are celebrating in the world today is built by the youths. People hardly build any company when they are old. Those who founded the biggest corporations in the world did it in their youth: the Amazons, the Apple, Facebook, Twitter, all these were founded by the youths and they are the ones driving everything. Youths in Nigeria lack the privilege.

“Again on power, you are not doing anybody a favour. You have to provide it because it helps the engine of your growth. Governments always complain that they don’t have enough revenue.

“They don’t say they have a debt problem but a revenue problem. They also say tax to GDP is low. All these are because they have people who are not working. Will they pay you tax from where? Are they going to tax unemployed people? Taxation is like a bank account. You first have to put in, then you take out. If they have invested in those youths, they will be productive, then you tax them.

“But because you did not invest in them, you can’t tax them. I can show you 20 countries what the youths have been able to do, empirical evidence to verify. So, that’s where we are. The country has collapsed. There is nothing again for them to share. Sharing has finished. What they have been sharing is your future because they are borrowing money and sharing it.”

2023: We won’t allow him out of Nigeria – Fulani group vows to force Jonathan to contest