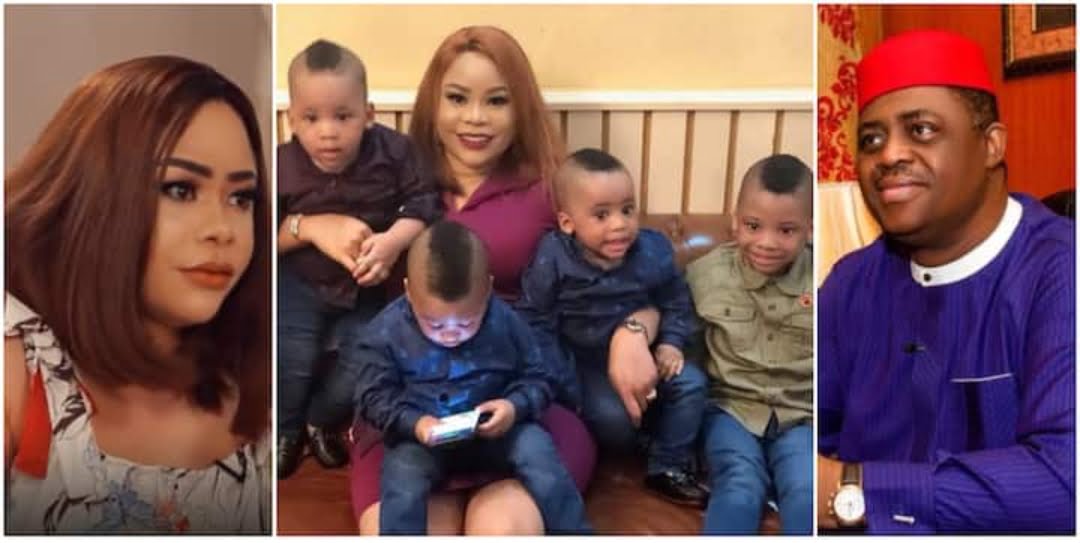 Controversial A new interview with Precious Chikwendu, the ex-wife of Nigerian politician Femi Fani Kayode, has finally revealed the truth about her marriage to him.

Precious told Chude Jideonwo that being married to the former minister wasn’t exactly a walk in the park.

Precious stated that FFK assaulted her after she had an embryo implanted in her and threatened to ‘pull the cockroach out’ of her tummy while narrating her horrific encounter.

His bodyguards would bundle her up and keep her in the house, she said.
Next, the mother of four named famous Nigerians like the Dasukis as being engaged in her marital problems.

Furthermore, Nnamdi Kanu and the late TB Joshua both phoned her, begging her to travel to Lagos to resolve matters.

To substantiate her claim, Precious stated that FFK always requested an image in order to disprove rumors.

FFK used to accuse the Igbos of being disrespectful, the former beauty queen alleged while disclosing the dirty secrets of their marriage.

Take a look at the video below:

I haven’t seen my children
During the interview, Precious Chikwendu added that she had not seen her four children since August 2, 2020, when she left Femi Fani Kayode.

According to her, the court did not grant him custody and she had been physically stopped from visiting them.

When asked why she hadn’t left FFK earlier, the young woman said she wished to go with her children.

He then apologized for his actions at the friend’s house after they had fought, she claims.

Furthermore, Precious stated that her children’s schools had been moved, and she had no idea where they went to school or who their nannies were.

The video is here:

Tonto Dikeh Is Not Human by Birth: Preacher Warns Men to Stay Away From Actress in Viral Video, Fans React