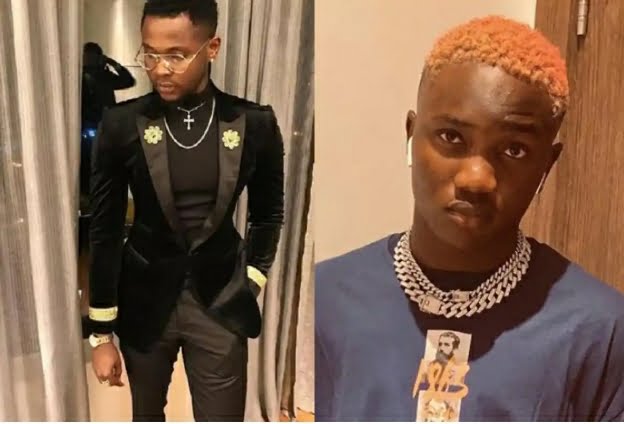 After listening to Kizz Daniel’s recent song, “Good Friday,” which he claims is based on a true experience, fans have accused HotKid of stealing/pilfering his tune and claiming it as his.

HotKid dropped the song “Good Friday” and decided to do a little freestyle for his Twitter followers and Kizz Daniel fans. After listening to it, Daniel recognized it was the same song as their favorite, and he has accused HotKid of music theft.

Some Kizz Daniel fans were unsure if HotKid’s recent track wasn’t the same as one of their favorite songs, while others confirmed that he even dropped it as a song, claiming it was based on a true story when he took the tune without permission.

Taking other artists’ melodies and lyrics and giving credit to the creators is common in the music industry, but passing off someone else’s intellectual property as your own is illegal, as some Kizz Daniel fans are attempting to demonstrate.

They want HotKid to know that the tune he happily used for his “Good Friday” song is for their favorite, which means he stole it from him. We can’t tell if Kizzz Daniel is aware of this or not because the accusation is now coming from his fans.

A Rolls-Royce Cullinan is given to DJ Cuppy as a ruse birthday present.

Tonto Dikeh warns, “I’m Not Fighting Anyone 2022, I’m Hacking Accounts And Shutting Down Your Life.”

“You are a good man and a man of the people” Actress Mercy Johnson celebrates husband, Prince Okojie over his political win