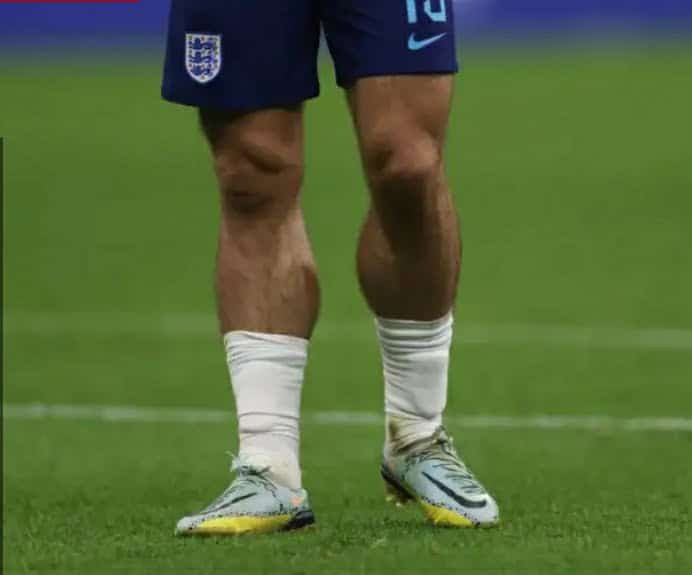 England fans are in disbelief over Man City star Jack Grealish’s huge calves which have stolen the show during the 2022 World Cup.

The 27-year-old is currently in Qatar as part of Gareth Southgate’s England 2022 World Cup squad, and he scored a goal during the first game against Iran.

However, people are more interested in his muscly legs than his football abilities – which have captivated people across the nation.

The midfielder’s calves are the talk of the internet following the first two World Cup games against Iran and the USA.

His leg muscles are incredibly defined and definitely the biggest of all the England squad, and people are in awe at how big his calves are.

Jack is in a happy relationship with his childhood sweetheart Sasha Attwood, but his muscles have women across the nation swooning over him.

It’s not just women who are enamoured by his calves either. There are a lot of impressed, or perhaps jealous, men talking about his legs too.

Take a look at this World Cup picture:

In April 2022, he told the Daily Mail the secret behind his big calves is just genetics.

“I actually don’t do anything. It’s just something that runs in the family. My grandad always had big calves when he used to play football,” he said.

OTHER NEWS:  In Uttar Pradesh, NDA causes more damage to opposition than expected

“But I don’t do any calf exercises or calf routines in the gym or anything. Honestly, it’s just something that I’ve had since I was young.”

FANS ARE IN AWE AT HIS MUSCLY CALVES