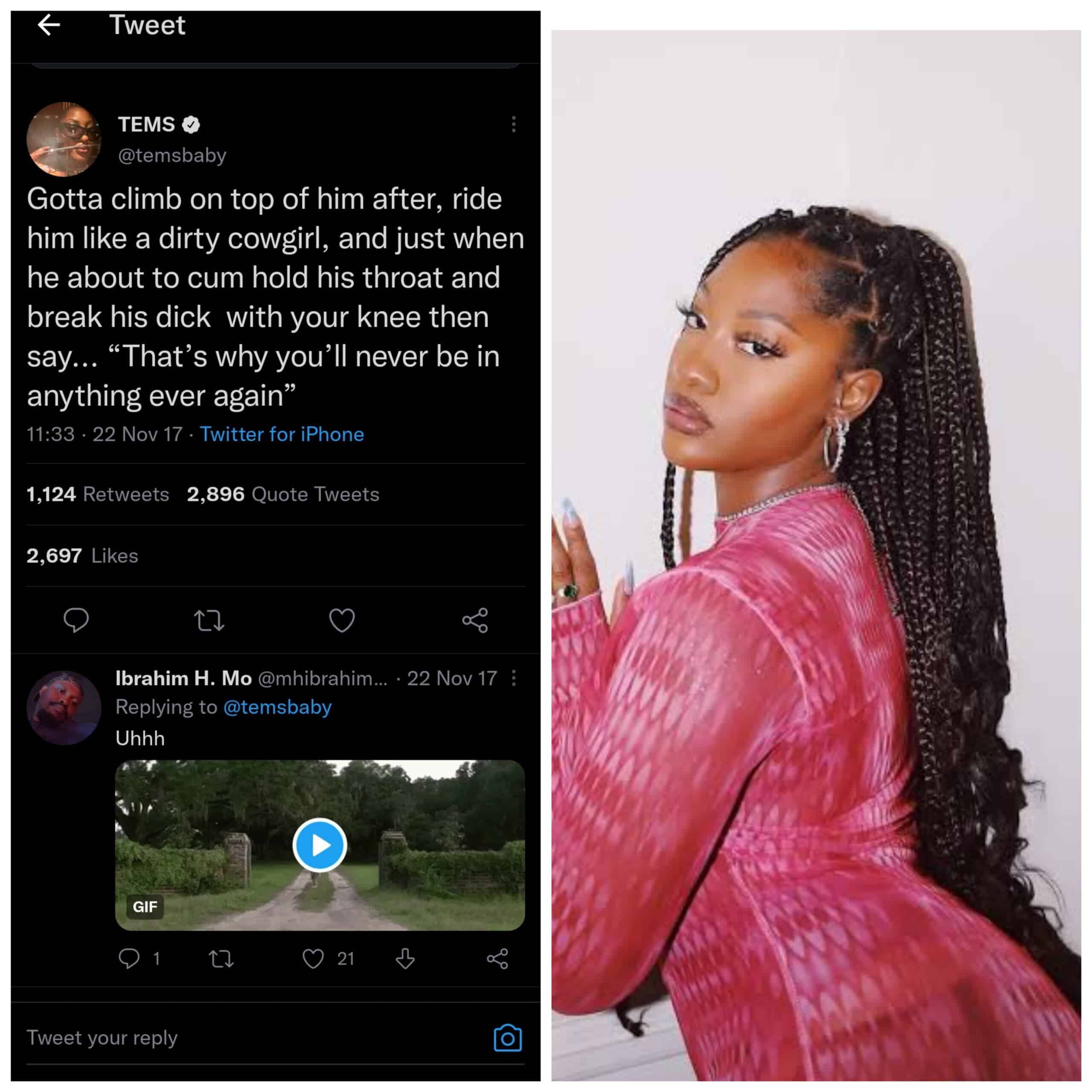 Netizens were amused by the “dirty” tweet as some of them expressed shock.

The “Crazy Tings” singer in the tweet she made in November 2017, divulged the nasty things she would do to a male in bed.

Many were shocked by the discovery of the nasty tweet from the effeminate singer whom they said they never saw her in that light.

OTHER NEWS:  Tems Supremacy: Five Times Singer Has Proved She Is A Global Superstar

See some of the reactions below;

laoluu: Temitope??? You don’t know her as I do

Student Dances in Front of Lecturer and The Entire Class to Get 10 Marks, Funny Video Goes Viral