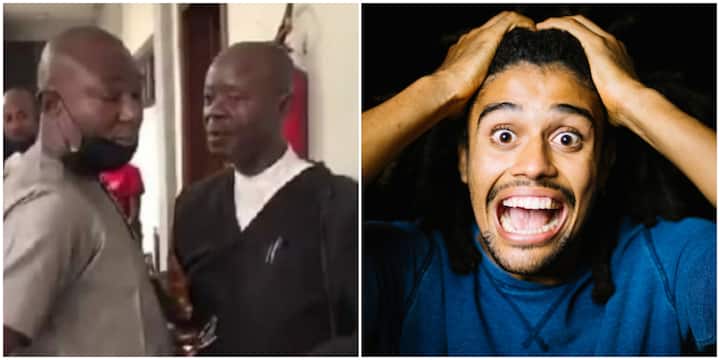 The self-styled lawyer ultimately met his end on Wednesday, December 1 in Port Harcourt during cross-examination.

He was nabbed by legal experts when he couldn’t name both his university and the law school he attended.

On Instagram, Instablog9ja shared a video of the man’s bust practice, claiming he has been doing it for over a decade.

As a result, the man’s name couldn’t be found in both the Supreme Court and the Nigeria Bar Association databases, Port Harcourt NBA Chairman Prince Nyekwere claimed.

The suspect was remanded in custody by Justice C. Nwogu at the request of the Port Harcourt NBA chairman.

The guy, who was dressed in police gear, insisted on his innocence in a brief video of the encounter.

The video is here:

“If no be say country useless, how was he even able to practice for a while 10 years? Not surprised though, when e be say the sọ called leaders sef, most of them are there based on connections.. ‍♂️”
@stephany_kev stated:

“Better give him license 10 years later and you’re just catching him? Not because he flopped or has been flopping, but because he couldn’t tell u his school? License him joor!