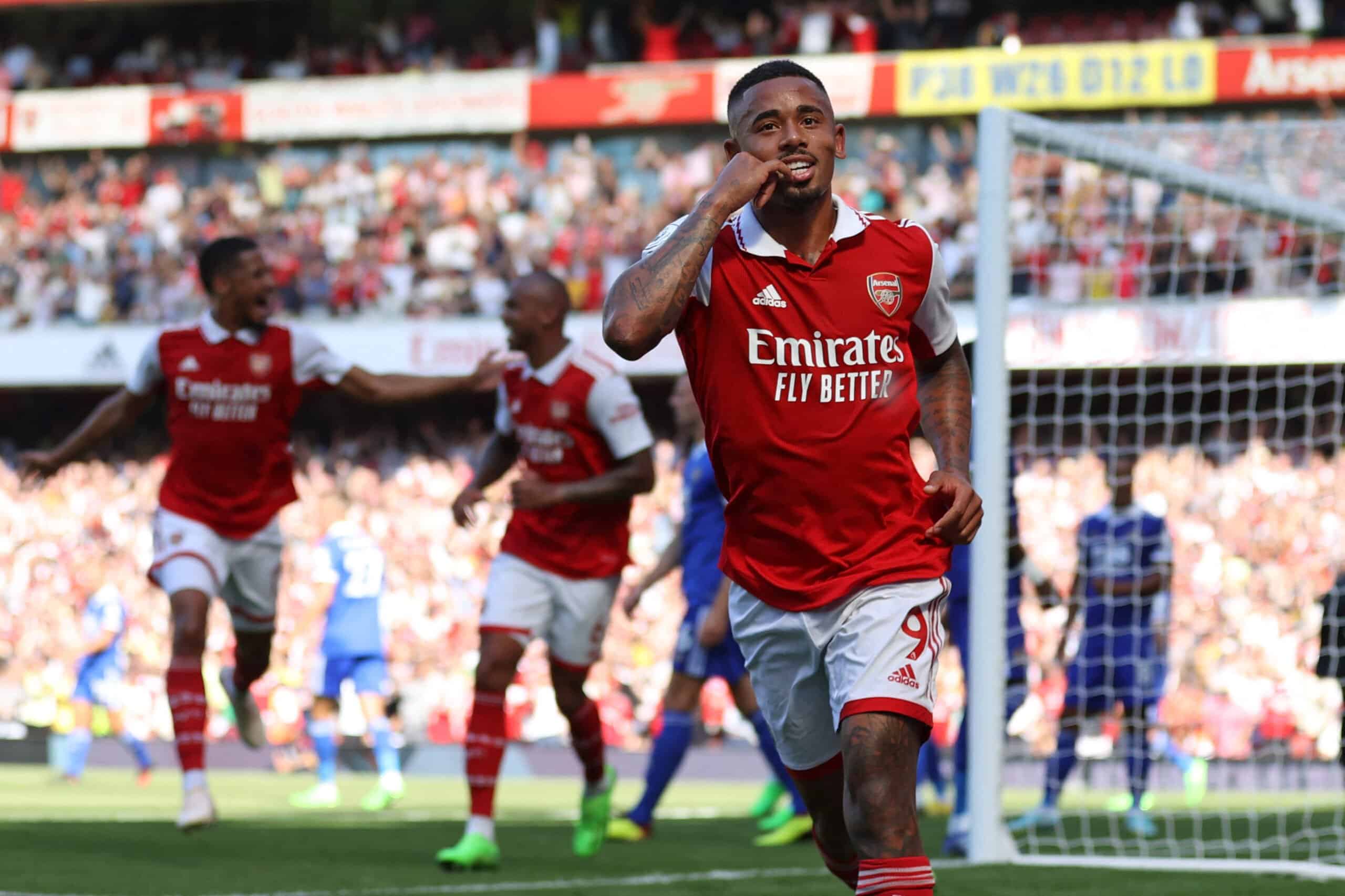 Brazilian forward, Gabriel Jesus found the back of the net twice in Arsenal’s 4-2 pummeling of Leicester City in their second Premier League game of the season on Saturday.

Jesus opened the scoring for the Gunners 23 minutes into the game, before completing his brace in the 35th minute.

The deficit was reduced to 2-1 after Arsenal defender, William Saliba scored an own goal in the 53rd minute. However, Xhaka responded quickly with a brilliant goal two minutes later to increase the Gunners’ lead.

Substitute, Kelechi Iheanacho set up James Maddison for the Foxes’ second goal in the 74th minute. And again, Martinelli responded for the Mikel Arteta’s men with a goal one minute later to cement Arsenal’s back-to-back wins.

In the other Saturday’sEPL matches, Nigeria International, Alex Iwobi‘s Everton suffered their second consecutive defeat after losing 2-1 to Aston Villa. Manchester City thrashed Bournemouth 4-0, thanks to goals from Gündoğan, De Bruyne, Foden and Lerma (own goal).