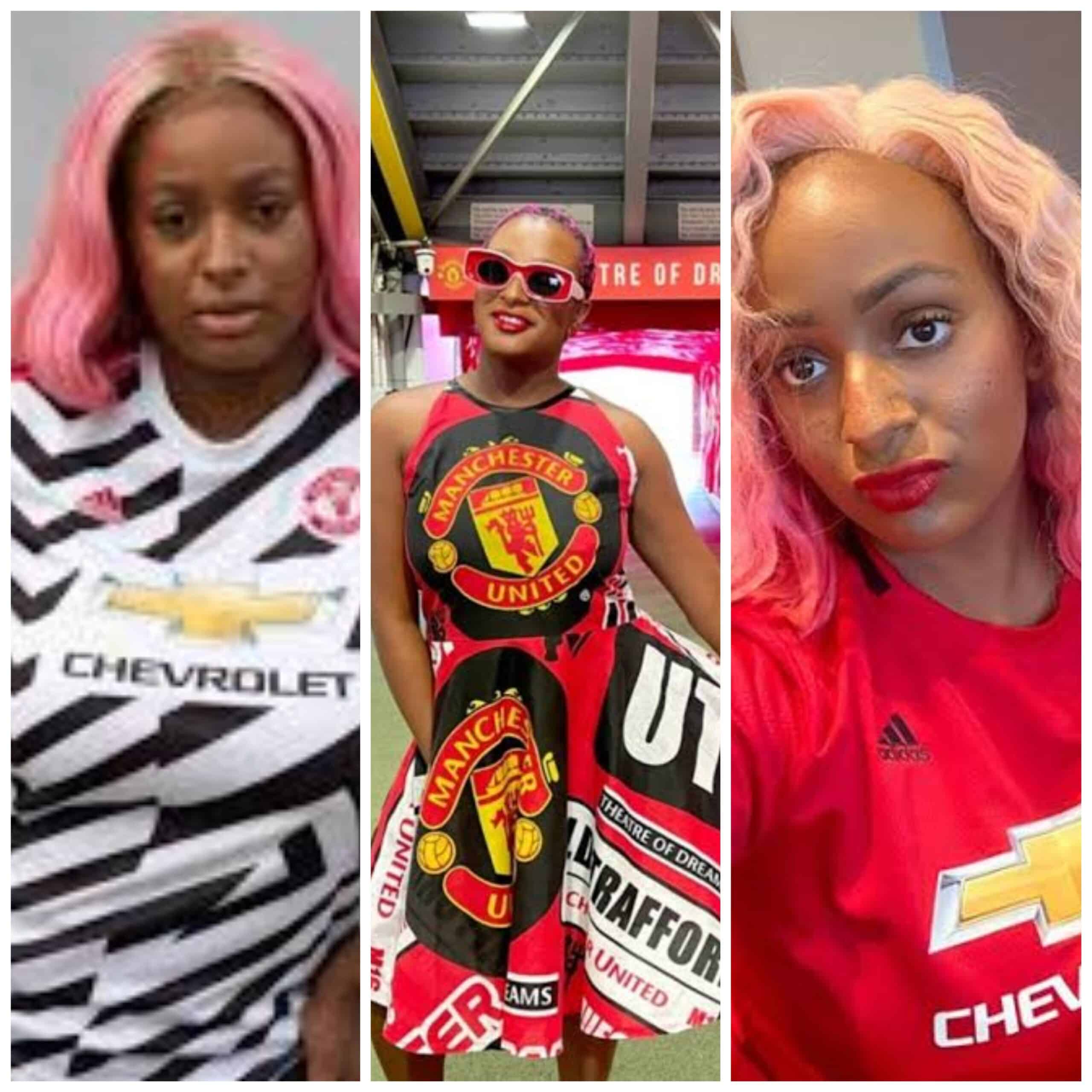 Nigerian female disc jockey and billionaire heiress, Florence Otedola, better known as DJ Cuppy, says she would be praying for English Premier League side, Manchester United, as they begin their 2022/2023 league campaign.

The 29-year-old football enthusiast said she would make it a point of duty to pray for the Red Devils every match day.

Taking to her verified Twitter page on Saturday, Cuppy wrote; “From this weekend, @ManUtd will be in my prayers every single match of the new season.”

Cuppy was a fan of North London club, Arsenal, until last year when she dumped the Gunners for Man U after a series of poor league performances by the club.

Last season Cuppy was among the celebrities who unveiled Man U’s new kits.

United will start their 2022/2023 Premier League campaign against Brighton on Sunday.

Sarri compares self with Mourinho