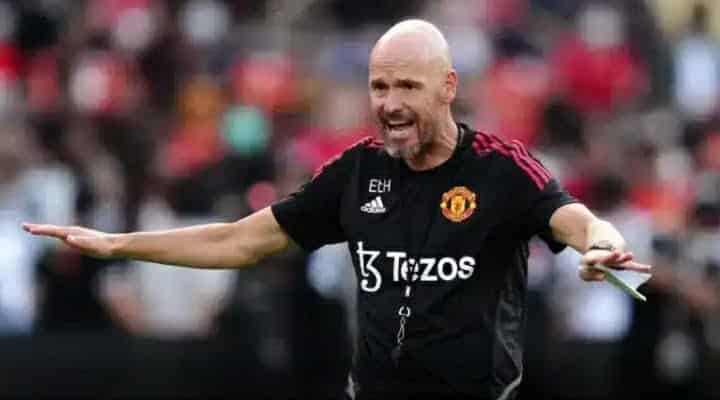 After Manchester United’s humiliating loss to Brentford, Erik ten Hag punished his team by cancelling their day off. The Dutchman gathered the Manchester United squad for an additional practice session on Sunday.

The first two games of the new manager’s tenure ended without a point for United after they gave up four unanswered goals in the first half of the game on Saturday.

According to The Times, Ten Hag was so upset with his team’s performance that he told the players to report back to training less than 24 hours after the game for an additional session despite the fact that they were supposed to have a day off.

David de Gea, the goalkeeper who contributed to the first Brentford goal, acknowledged that United are still thinking about past disappointments from previous campaigns and urged his team to remain united.

“Of course, there have been some difficult seasons and probably, it’s still in our minds,” he told ESPN.

“When something goes wrong people get panicky. It’s difficult. But we have to learn, we have a new manager and some new players. We need to be more positive, keep learning and improve.

“It’s about winning games. As soon as we win one game, two games, we’re going to start feeling better and more positive.”