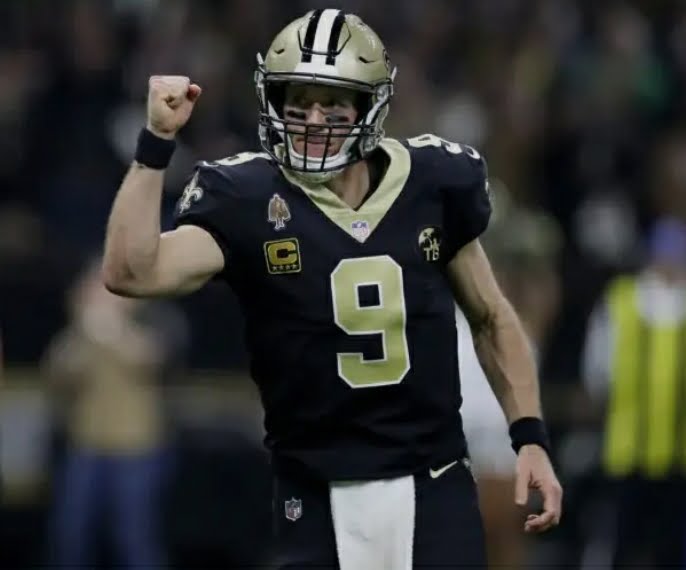 Concerns about Drew Brees’ well-being swept Twitter after a viral video led to rumours claiming he was dead as a result of being struck by lightning.

On Friday morning, a video posted on Twitter showed the former quarterback getting struck by lightning while in the midst of a shoot.

The video is so convincing that people became extremely concerned about Drew’s well-being, with many assuming he was in fact dead following its impact. However, it was soon revealed that the clip was a staged stunt and fans needn’t have to worry.

Drew himself confirmed in a personal message to a reporter that he was “alive and well”, as per ESPN Saints reporter Katherine Terrell.

She wrote in a tweet that was shared on December 2: “I just texted Drew Brees. He said he’s good and that he did not get struck by lightning.”

The former NFL fame was filming a commercial for the sportsbook company, PointsBet, when the stunt was pulled.

OTHER NEWS:  NBA Conference: How to stabilise the Naira – Obi, Atiku, Shettima, Adebayo

The video was shot at the Catatumbo River in Venezuela, which is the most active hotspot for lightning in the world. Hence, it doesn’t come as a surprise that people thought the video was real and Drew was in danger.

Soon after the commercial video went viral and Drew’s fans rushed to Twitter to check if he was alright, PointsBet Sportsbook addressed the growing concern surrounding the former quarterback.

At first, the brand refrained from sharing details and said in a tweet: “We are aware of the media coverage regarding PointsBet brand ambassador Drew Brees. We are in communication with Brees’ team and will continue to monitor events throughout the coming hours.”

Hours later, Drew himself appeared in a video message shared on the company’s Twitter account, to assure fans he was doing “well”.

OTHER NEWS:  BMC will screen kin, close contacts of tuberculosis patients for free

“Time to let you in on a little fun we’ve had with @drewbrees guys. He’s alive and well and ‘buzzing’, states the tweet.

Twitter is flooded with interesting reactions to the fake video that shows lightning striking Drew.

While some took to the platform to check on his well-being and to see if he was alright, the rest resorted to making a joke out of the situation with hilarious memes.

One tweeted: “Is he dead or alive? This is not fair! Please I’m so confused.”

“There was a video out early this morning that made everyone think Drew Brees was struck by lightning and potentially dead,” wrote another.

And, these memes were circulated simultaneously.

WHO IS PATRICK XAVIER CLARK AKA DJ PAT, SUSPECT CHARGED WITH TAKEOFF’S DEATH?