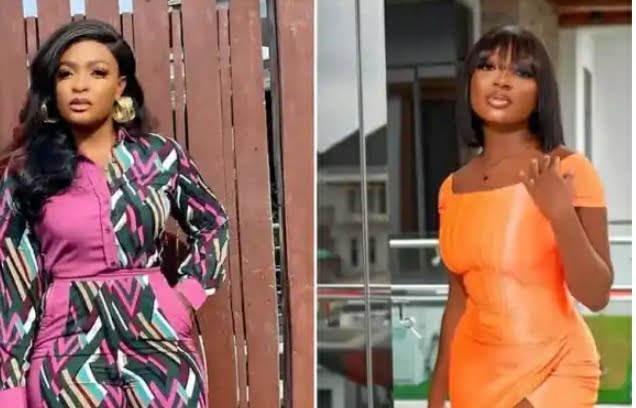 Popular Relationship and s3x therapist, Blessing Okoro Nkiruka has issued a warning to Instagram influencer, Papaya, never to copy her script but she should rather write hers.

The warning comes on the back of the newly acquired mansion Papaya flaunted on social media. The issue got messy after a lady called out Papaya for flaunting her brother’s house.

In reaction to the call out, Papaya deleted the post and further insisted that it was an online stunt in respect to the ongoing wetin pass me I wan dey do now’ trend.

Blessing Okoro who got involved in a similar saga that dragged her name in the mud 2 years ago in her reaction to Papaya’s post told Papaya not to copy her script, rather she should create hers.

MORE:  What I do with my boobs is nobody’s business – BBNaija Angel

“Be inspired, everything is possible fake or real. But know that success is success, anytime you attain it, you will be celebrated. No rush, you go still get a. Love you all”

Meanwhile, reality TV star, Chris Adah has revealed that she was spiritually tied for 30 year, a charm that started manifesting when she turned 20.

Chris Adah shared a part of her life’s experience via her Instagram story and she disclosed that she was tied never to be married. She said that everywhere she goes to, even at malls she gets stopped by seers who mention the name of this so called man to her but she never believed.

According to her, the day her husband proposed to her was the same day she was informed on phone that the man she had been warned to be careful with has died.